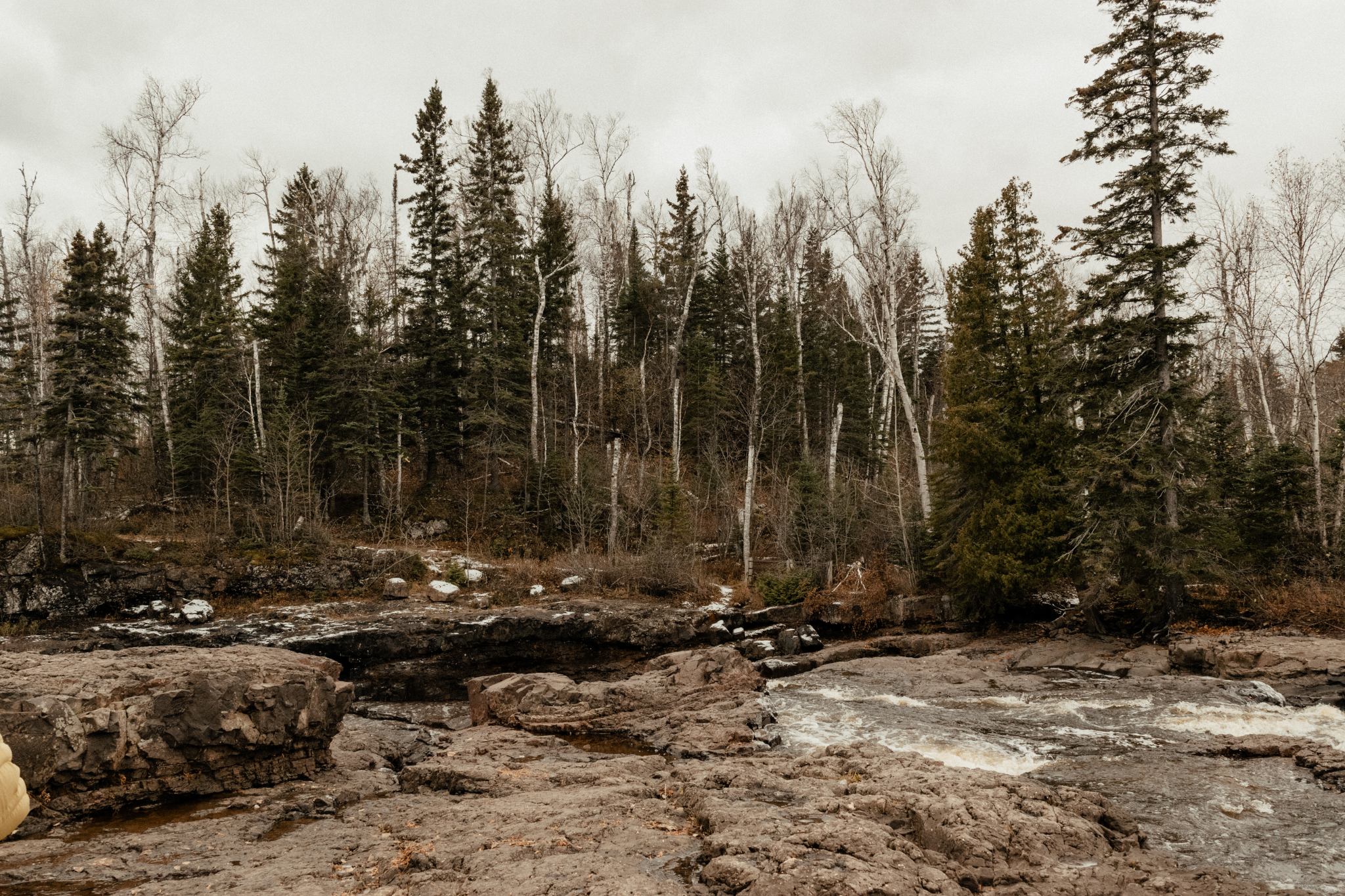 I’m a firm believer that in Minnesota, especially on the North Shore of Lake Superior, the colder it is – the cooler it gets. Cold weather puns aside, I really do love hiking in the late autumn season. It brings about the crisp smell of pine sap in the air, leaves crunching under foot and fresh smell of the water hitting the rocks on the shoreline.

Cooler air makes hiking the trails in state parks much easier to do from breakfast until the sun dips below the horizon line, and let’s be honest – a view of the November gales or ice on Lake Superior for a lunch spot is pretty hard to beat. Though, hopefully, late October shouldn’t bring you too much ice up north…yet.

Don’t Step Into The Gorge!

Not that you actually could. Temperance River State Park’s immense gorge with rushing “root-beer float” style river is truly something that is amazing to see. The gorge itself is home to many waterfalls along its path, creating rapids and a massive foam that you may not be able to see anywhere else.

State parks, especially along Lake Superior’s northern shore, were highly volcanic areas hundreds of thousands of years ago. What we get to enjoy now rather than lava, however, is the incredible geologic features left behind. If you have a keen eye for rock types, you can even try and spot the basalt and rhyolite in abundance throughout the trail system. 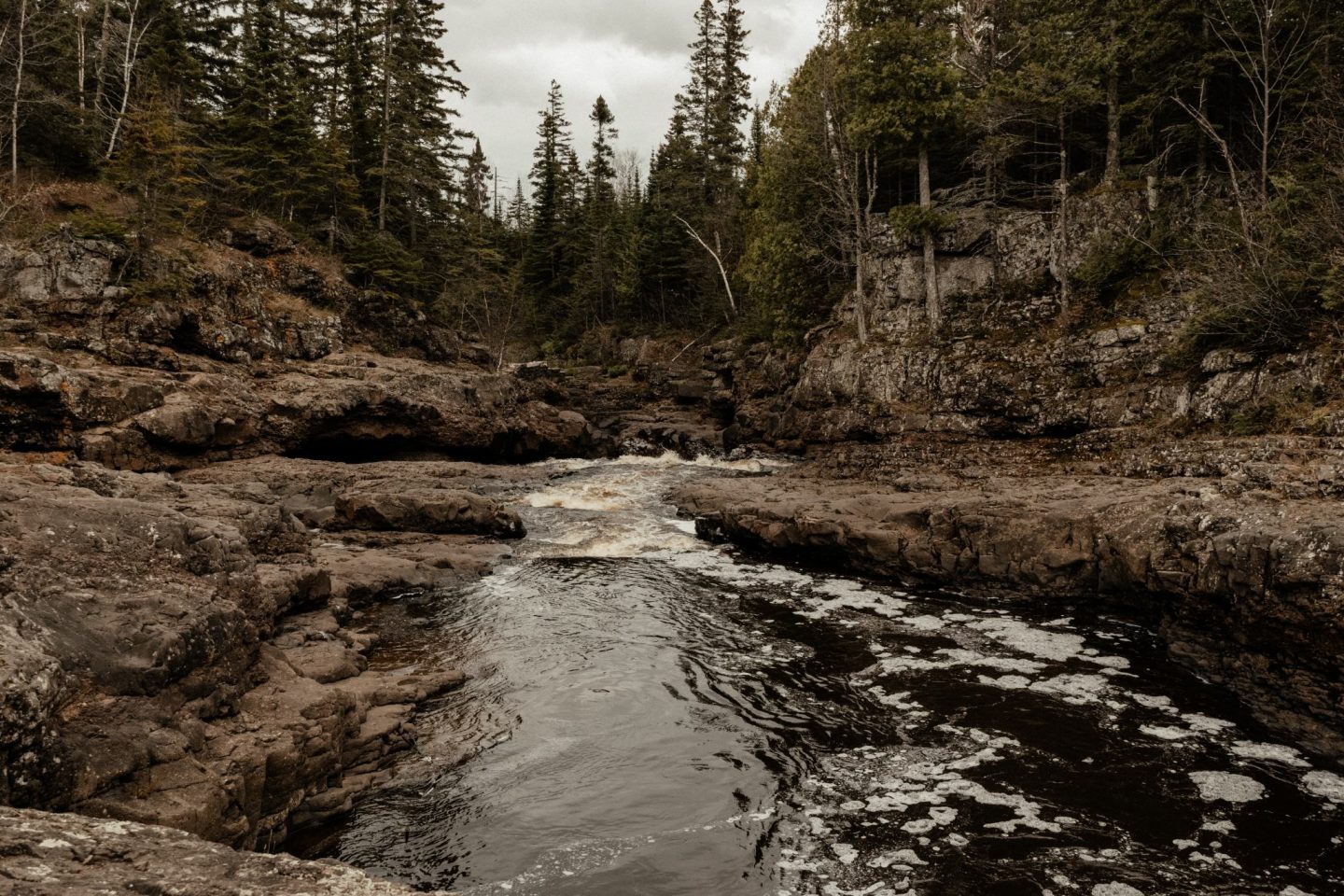 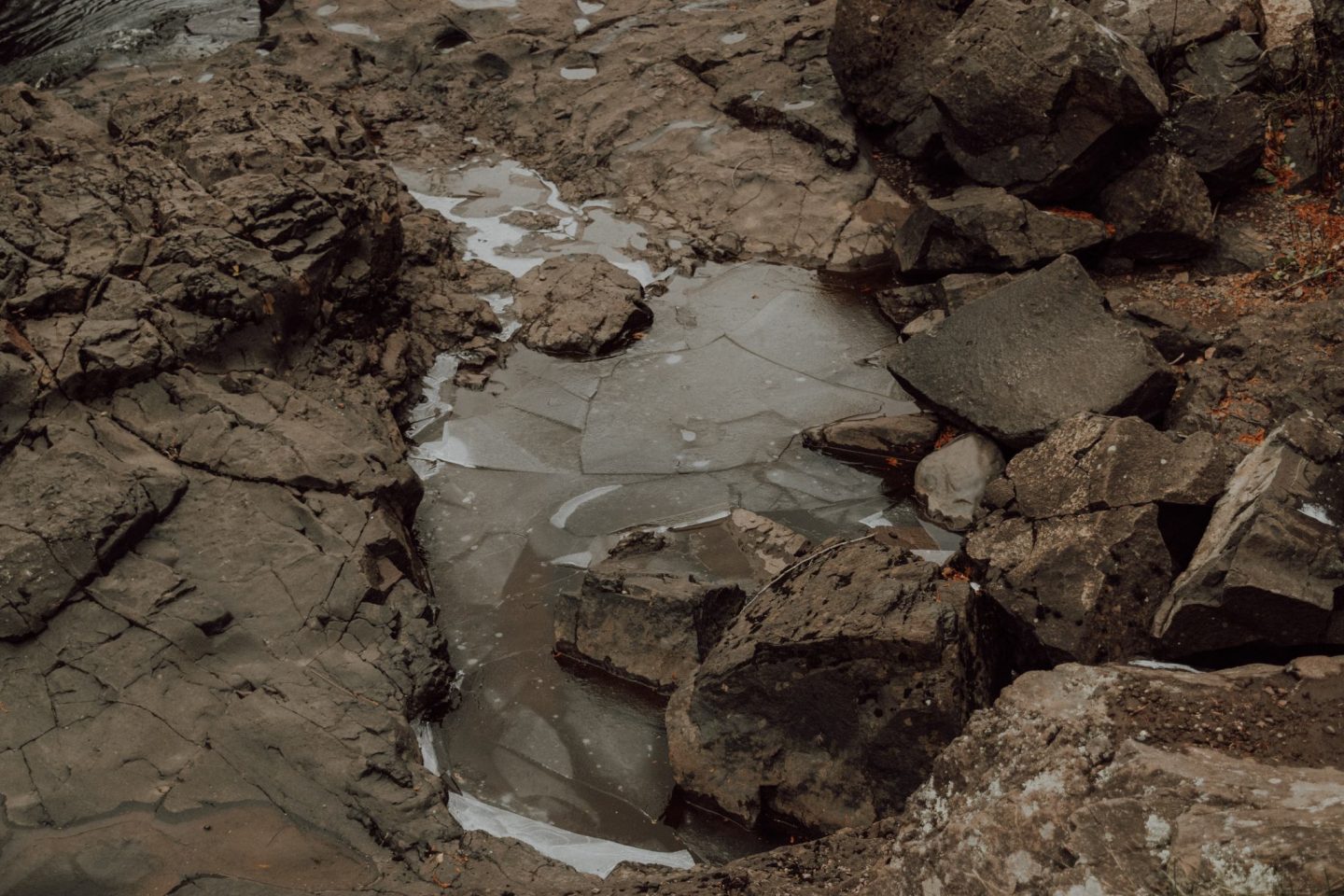 Have you ever smelled sap oozing from a balsam fir or white pine in the crisp air of early winter or late fall? It’s chilling, revitalizing, enthralling and it makes you feel like you’re using your lungs to the fullest capacity with every breath. I can’t even begin to describe just how much this exact smell has made me want to ditch city life and move up to a pine grove in Northern Minnesota.

I can just imagine it, a Nordic-style, cozy hunting lodge feel – full of wools and warm textures, a roaring fire in a stone fireplace, a brilliant whiskey bar for those extra-cold nights, wood grains and faux-fur tossed over the couch in the living room.

Temperance River state park is full of this smell. I’ve even deemed it to be one of the best places for the “prime pine time”, which you really only get when the air is crisp and dry with a chill. That, and that alone, makes this park worth the visit. 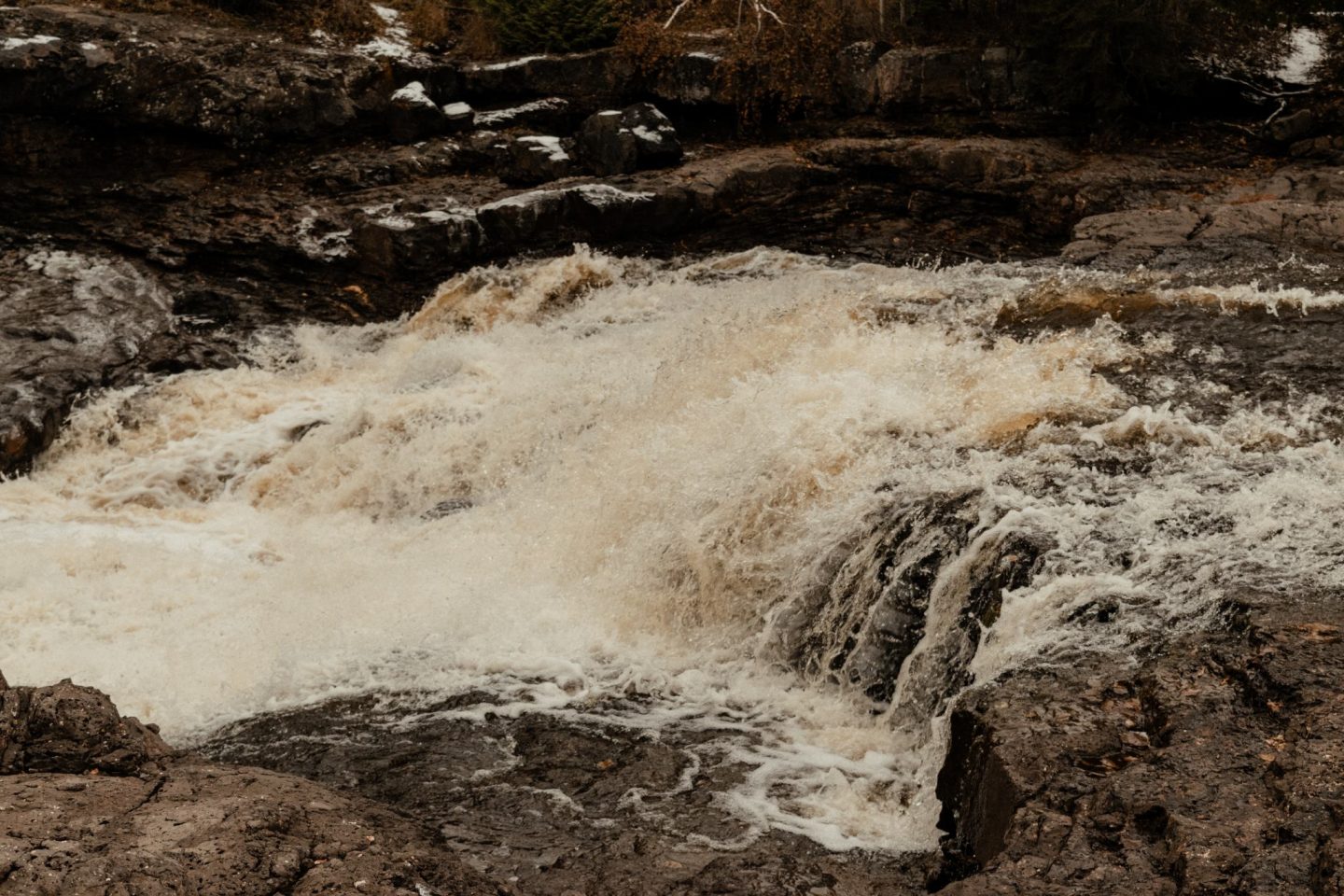 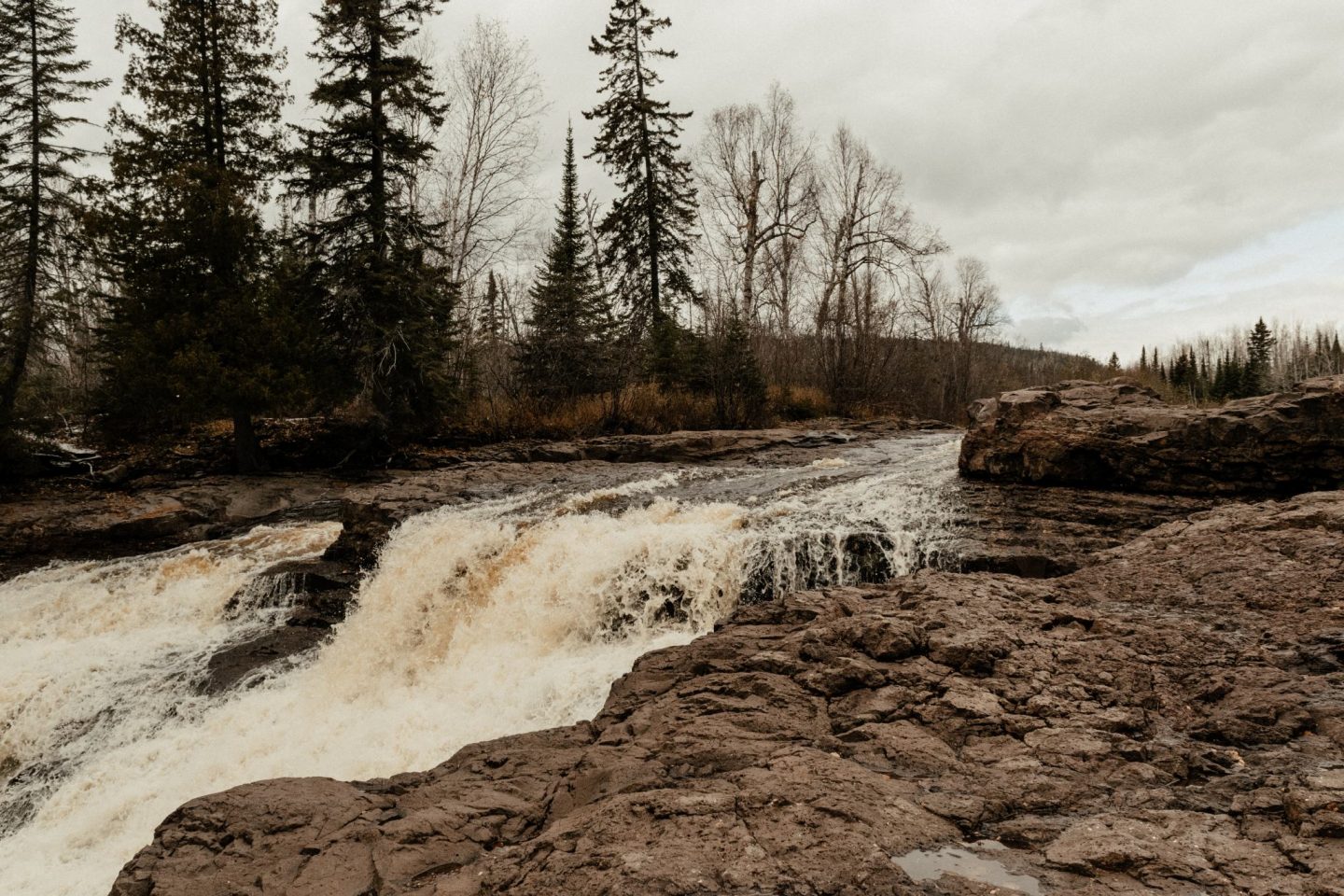 Have you ever been?