For as many times as I’ve been up to the North Shore of Lake Superior, I’m surprised that this is the first time I’ve ever made it to Sugar Loaf Cove.

It’s a bit tucked away – as in, if you were driving north on Highway 61, it won’t jump out at you unless you’re really paying attention to the little brown signs that tell you where all of the historic markers, beaches and scientific areas are. But here’s the thing – if you find it, make sure you stop – even if you only do the short hike down to the beach.

Especially in the winter. 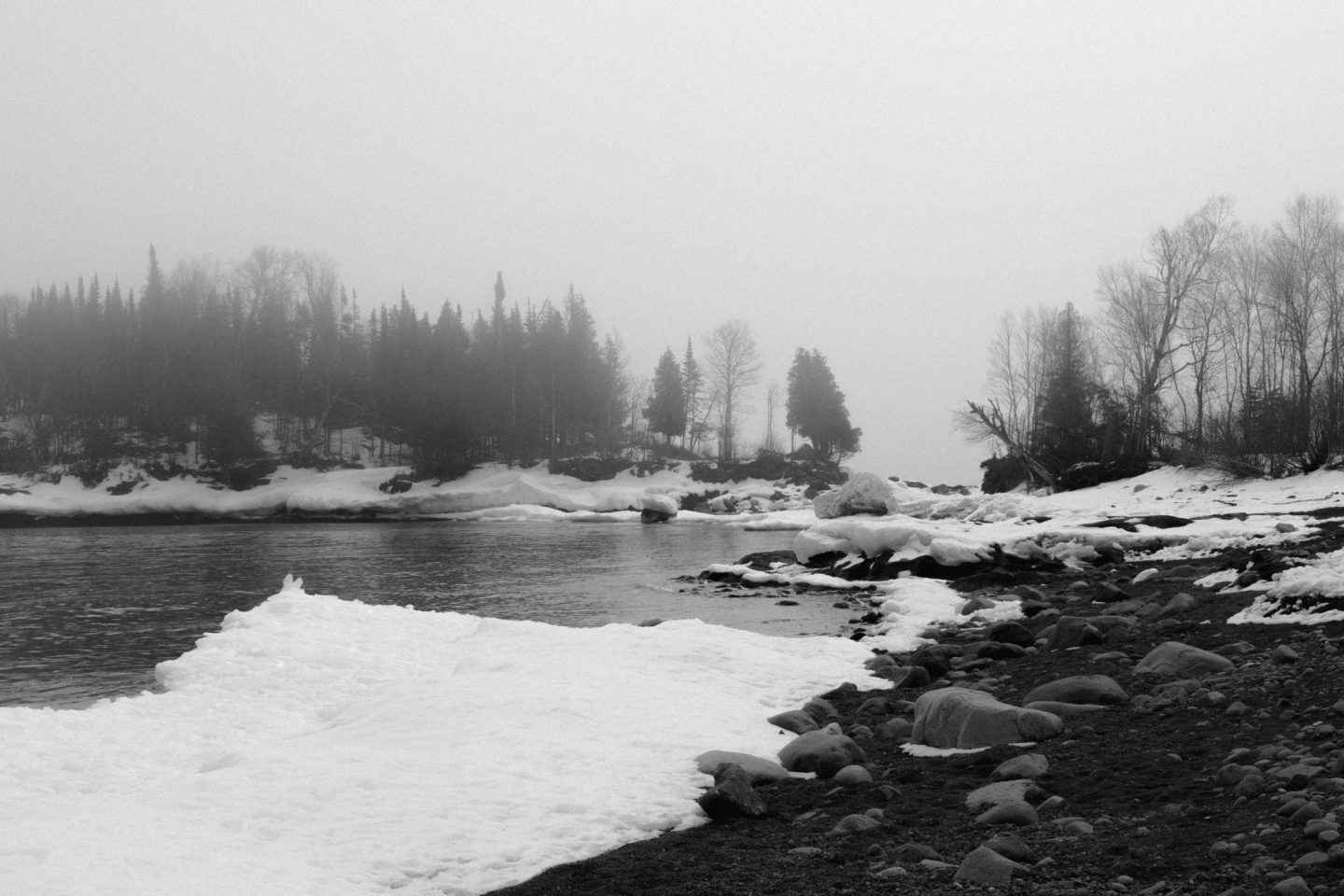 Why Visit in the Winter?

We Minnesotans know that our state is well-known for our harsh (and long) winters, often full of snow and no short supply of ice. But one of the most beautiful things about northern Minnesota, is being able to see it just as the ice and snow start to melt away, but there’s just enough to give the area the moody, eerie, majestic feel that captivates the minds and hearts of many.

Some state parks are closed in the winter for safety purposes – there is such a thing as too much snow, even in April. But for those that aren’t, the lack of crowds makes them even more enjoyable, because the hikes are quiet and you just might get to see some wildlife up close.

I’m always hoping for a moose, but you’ll almost always see some deer or a martin running around.

The Geologic Story of Sugarloaf

Sugarloaf Cove – near Schroeder, MN – has an interesting history. It’s thought that initially the cove looked like a lump of sugar, hence the name. The area is deep with history surrounding indigenous peoples’ settlements, logging and volcanic activity – and we all know how I feel about a volcano story.

Think back about one billion years, if you can, and you’re at the time period when what is now the US started to pull apart in the middle. Because of this pulling apart, massive amounts of magma welled up from the earth’s core to create the volcanic formations of basalt, rhyolite and other volcanic rocks that the North Shore of Lake Superior is known for today. The basalt is the incredibly dense, almost pillow-like, rock that you see all throughout this area.

Following the volcanoes, around one million years ago, the ice age brought in a lot of sediment and rocks that were much easier to erode and smooth than the volcanic rock that the cliffs are made from. The sediment from the glacial ridge is now present in the South Shore (Wisconsin), the Twin Cities, or even the Eau Claire area.

Fast forward to five thousand years ago, the lake levels dropped to what you see now. Because of this, it changed the face of Sugarloaf to what you would see if you were to visit the area today. When the lake levels dropped, the Sugarloaf point became exposed – first as an island. Thanks to the massive waves on Lake Superior, they further eroded away at the glacial ridge to create the now rocky beach that connects the island to the shore itself. 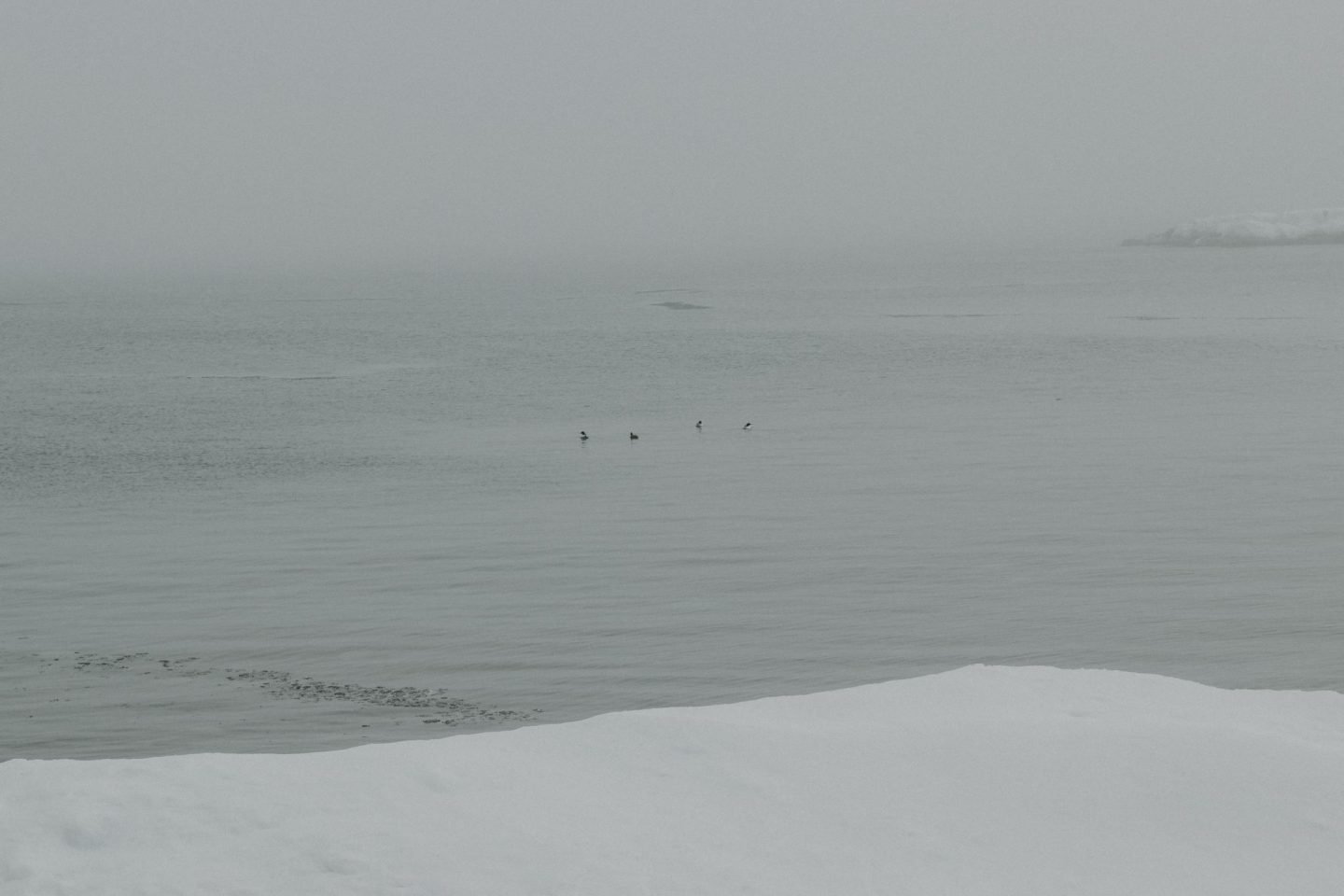 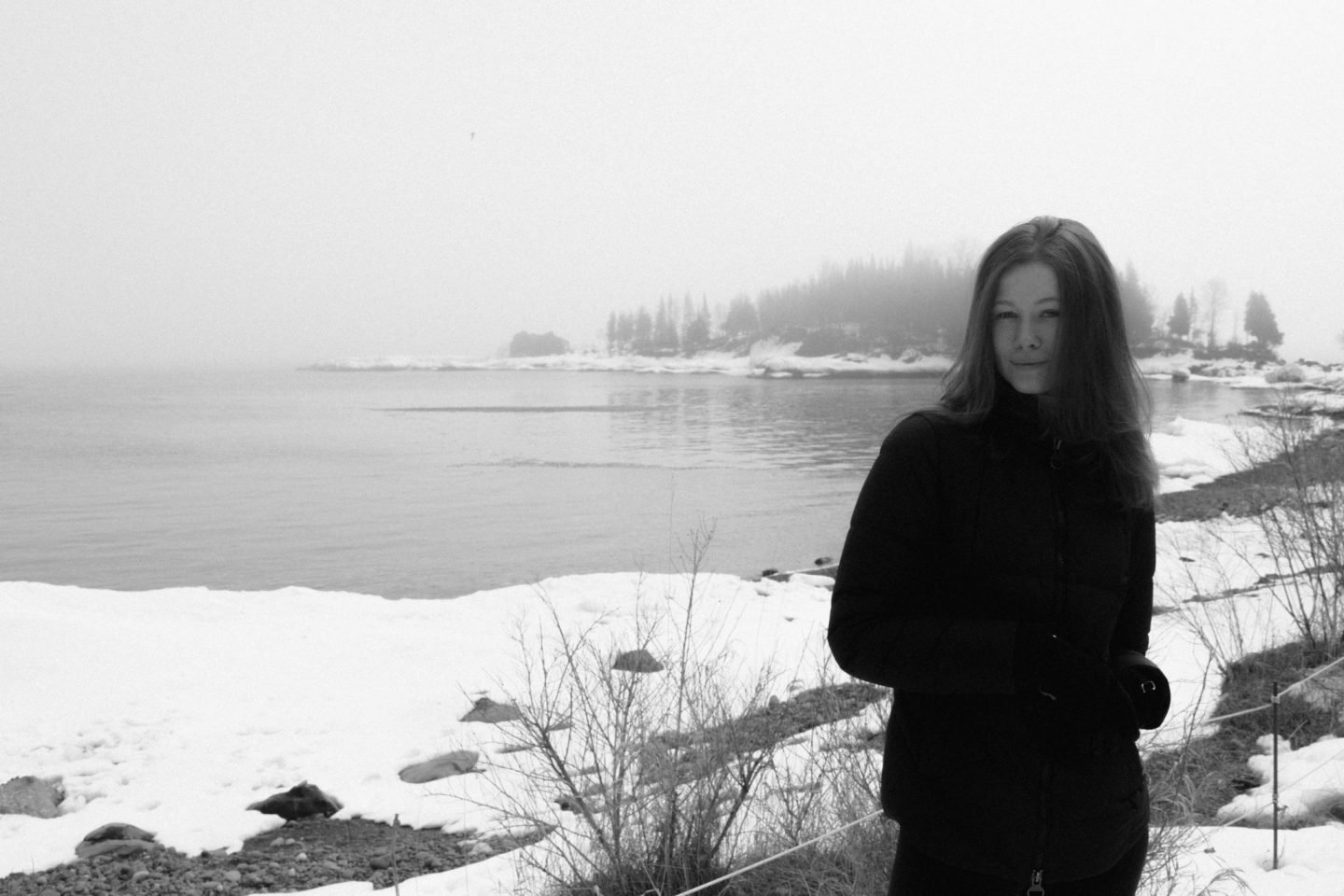 Have you ever been to Sugarloaf Cove? If you have, what did you think?