New York City is a truly unique place. I was told that upon arrival, you’ll always find yourself looking up – and it’s true. The buildings that tower over you at every turn and the media hotspot that is Times Square are all truly something spectacular. This is especially the case if it is your first time in New York City. When I was younger, I would religiously watch shows like Gossip Girl and Sex & The City (an oldie, but a goodie), or movies like Devil Wears Prada and Something Borrowed. Watching these, I remember feeling so compelled to see what New York was like and how incredible New York City must be.

Here’s the thing – New York City is MASSIVE. No secret about it. It can be hard to see everything you’d like to in your first visit – especially if you’re only in the city for a short time. Not long ago, I spent a long weekend in New York City. Staying in the middle of Times Square provided an amazing atmosphere for my first time in this city (and not to mention, a beautiful view). The idea was, be in the middle of everything to shorten the commutes to places that are on either end of the city.

Overall, it worked out – although I’ll admit, as much as I love subways, I got lost in the NYC subway system – more than once. BUT, even with that slight short-coming, I think the key to making short vacations work is to have an idea about what you’d like to see before you arrive. Personally, I made a list of the top five things that I wanted to see. As someone that loves fashion and loves the bustling city, this guide is more geared towards these interests – however, there are so many things to enjoy in New York City. The possibilities are nearly limitless! 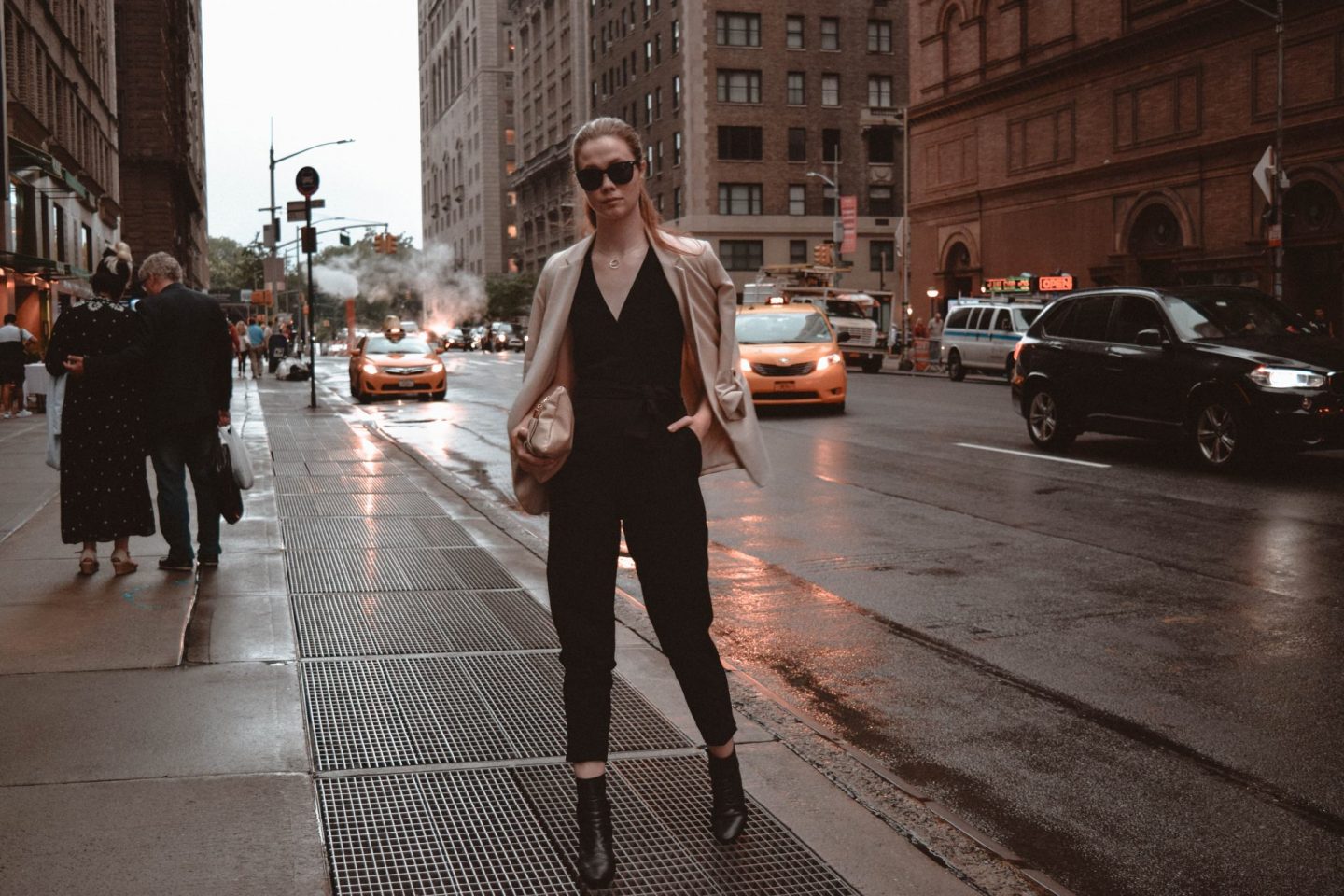 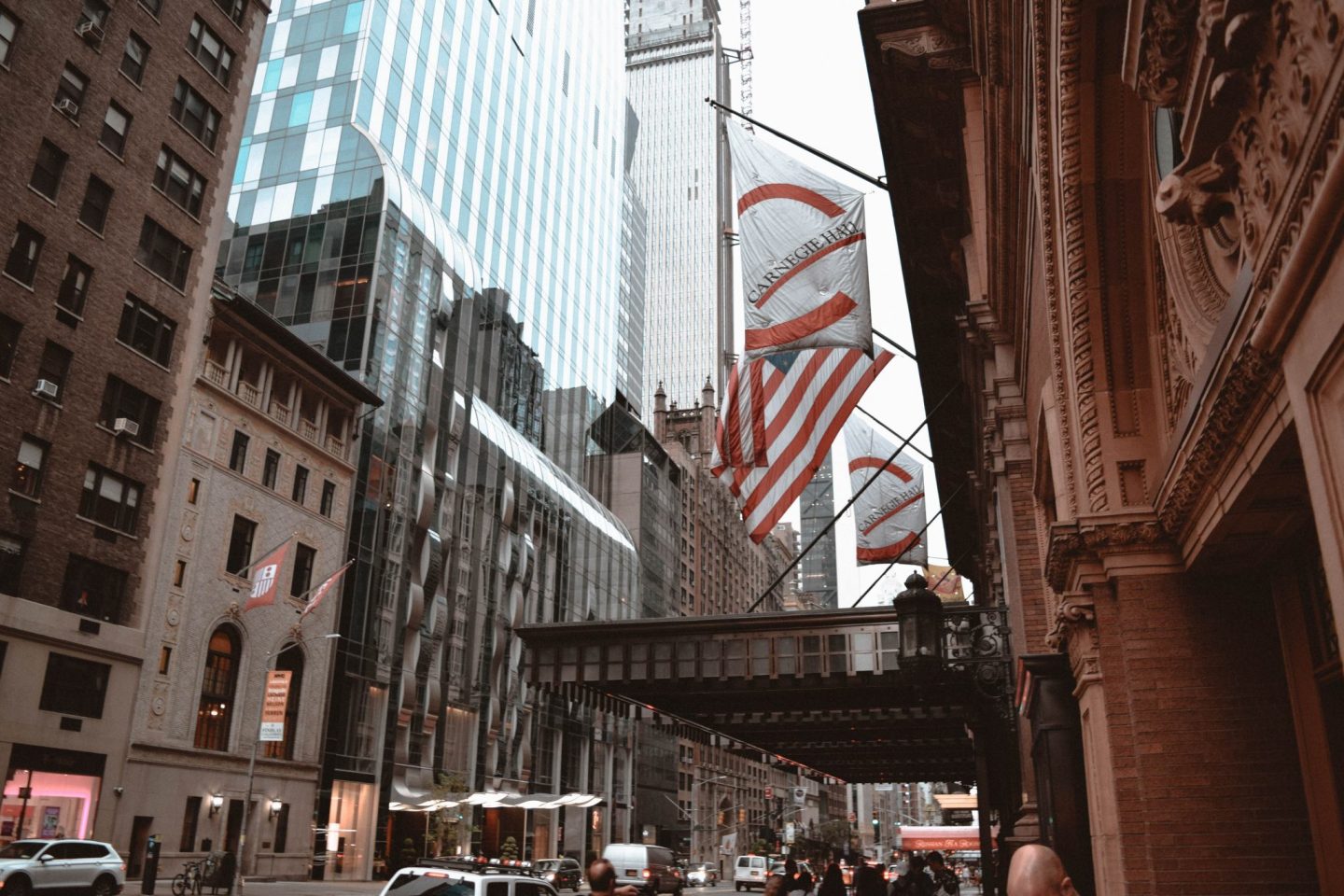 I’d already made my list of places I’d like to visit before arriving – with all of the movies you watch, Fashion Week, Instagram – it’d be hard not to at this point. As simple as that may seem, I always seem to find the best spots on social media for some quick pictures and honestly, some of the BEST coffee spots through Instagram. My theory: the more it’s photographed and tagged, the better it must be. Right? Now, this step may seem a little frivolous to some – however, it gives me an idea of ways to add the ‘fluff’ into my day plans. I like to set my travel agendas to be one thing during the day and some evening plans. This way, there is a little bit of room in case you get turned around, end up somewhere lovely for a quick bite or even want to head back to your hotel or AirBnB for a quick nap. 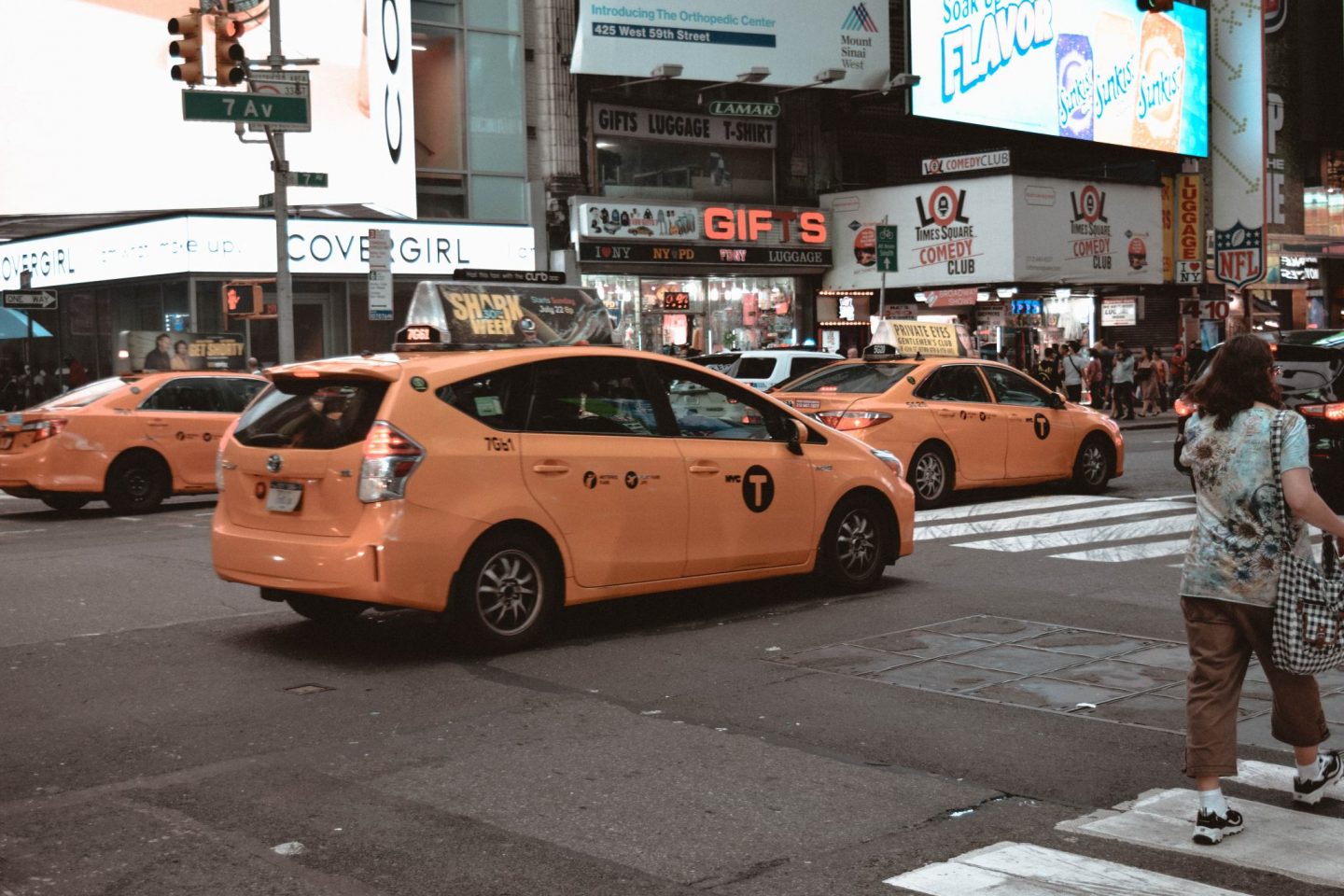 The City that Never Sleeps

For the short time that I was there, I was staying in the Crowne Plaza in Times Square. Talk about being in the center of everything – when they say that “New York City never sleeps“, they’re right. Nearly every Broadway show is within a five-minute walk, the crowds are constant and there is always something going on around you. Even if that something is just watching people stare at all of the advertisements lighting up the square when the sun sets. 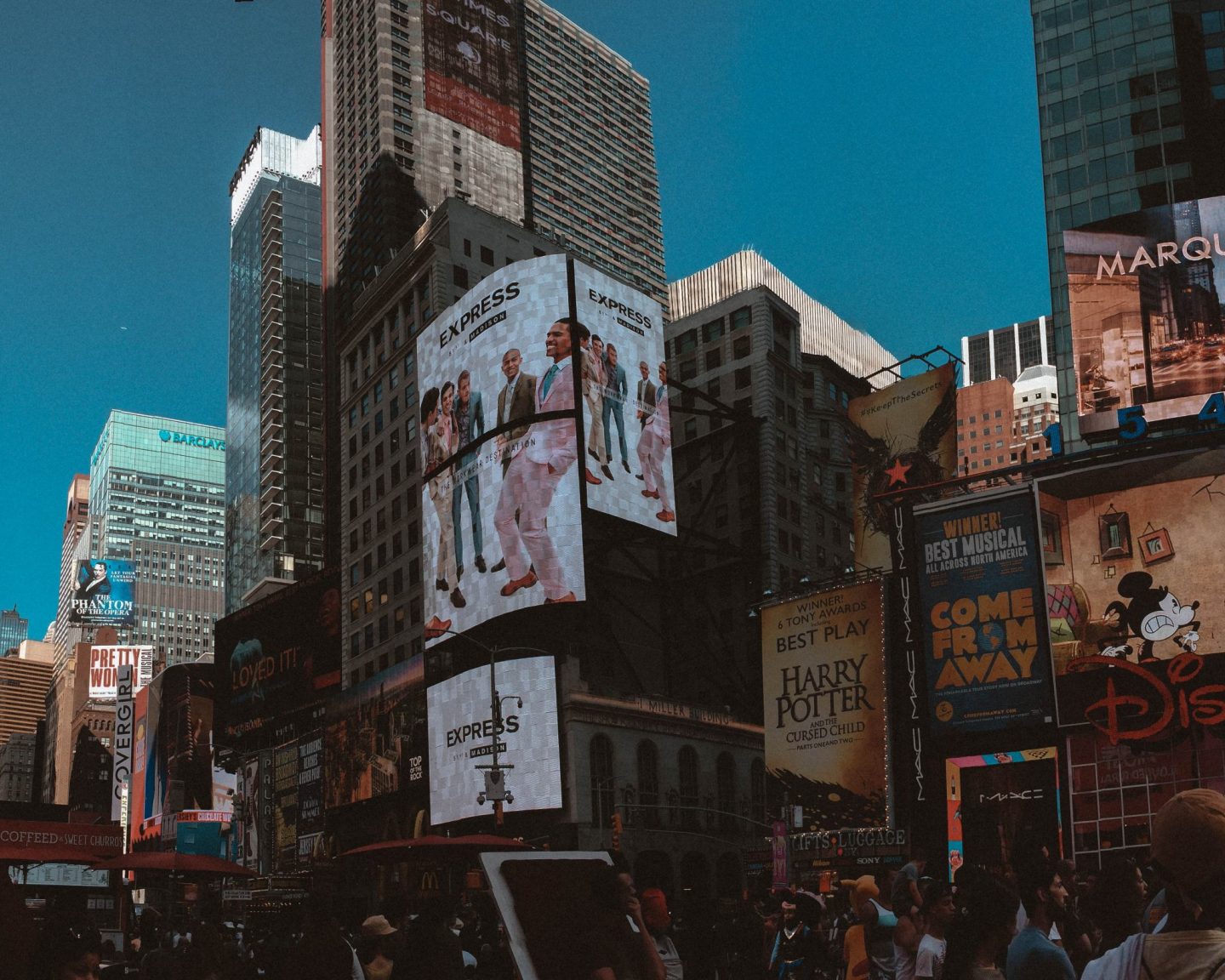 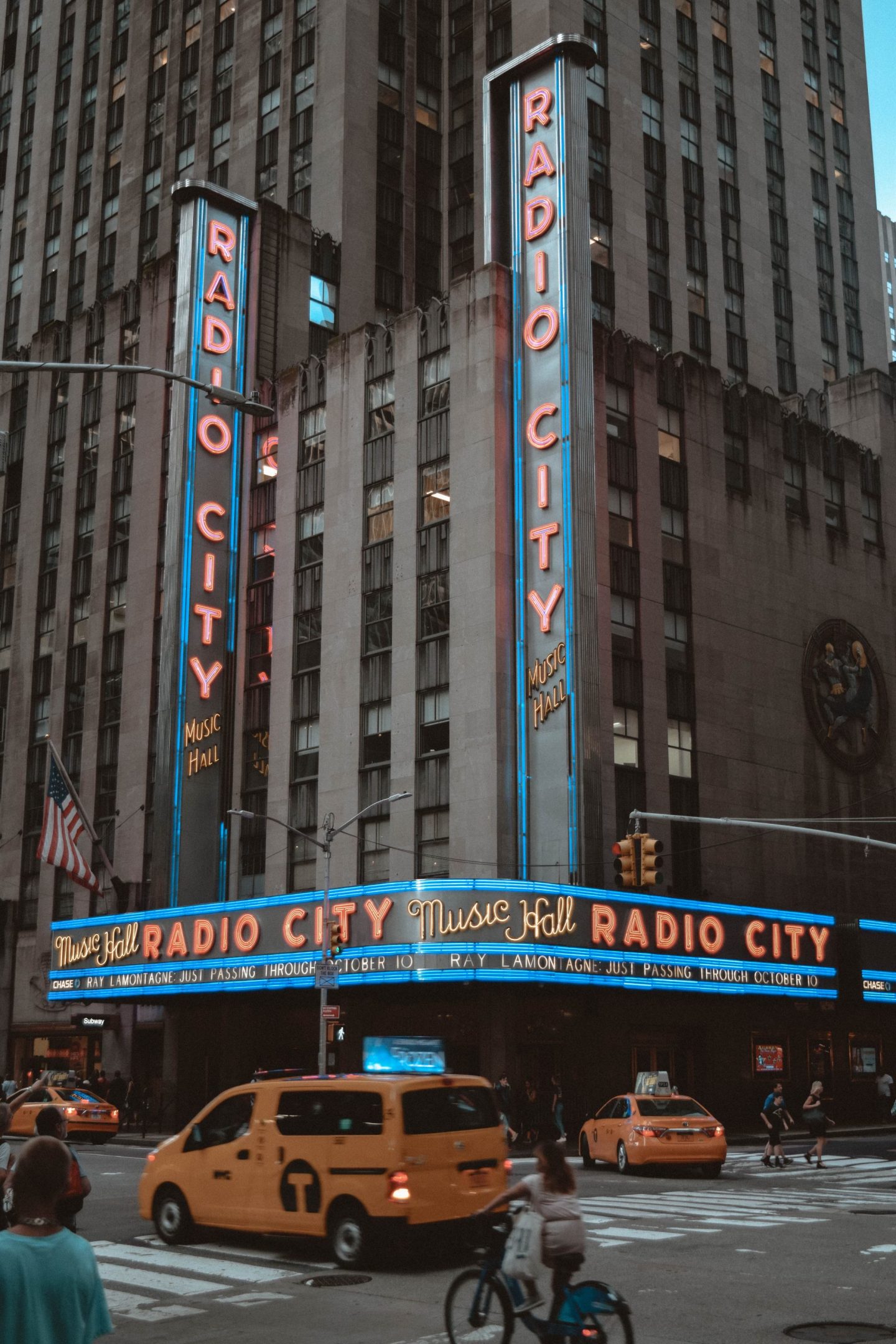 Maybe You Don’t Have a Plan

A lot of the trip was purely exploration and seeing what could be stumbled on. Personally, I love this style of travel – maybe having something planned in the evening, or perhaps three key sights you’d like to see, but leave the rest up to how the day plays out. One day, the wandering led to Battery Park – the Statue of Liberty was the aim for the day, and although I didn’t end up taking the ferry out to the statue, the park provided a beautiful view as well as a fantastic lunch. One recommendation of mine is definitely to try some of the food trucks that are in the park if you find yourself near here (and I don’t just mean the hot-dog carts). I’ve been a fan of hard cider since I’ve been of legal age – and I found one that I quite liked at the Organic Food Truck whilst stopping for lunch in Battery Park, called The Bad Seed. If dry ciders are for you, consider giving this one a try! 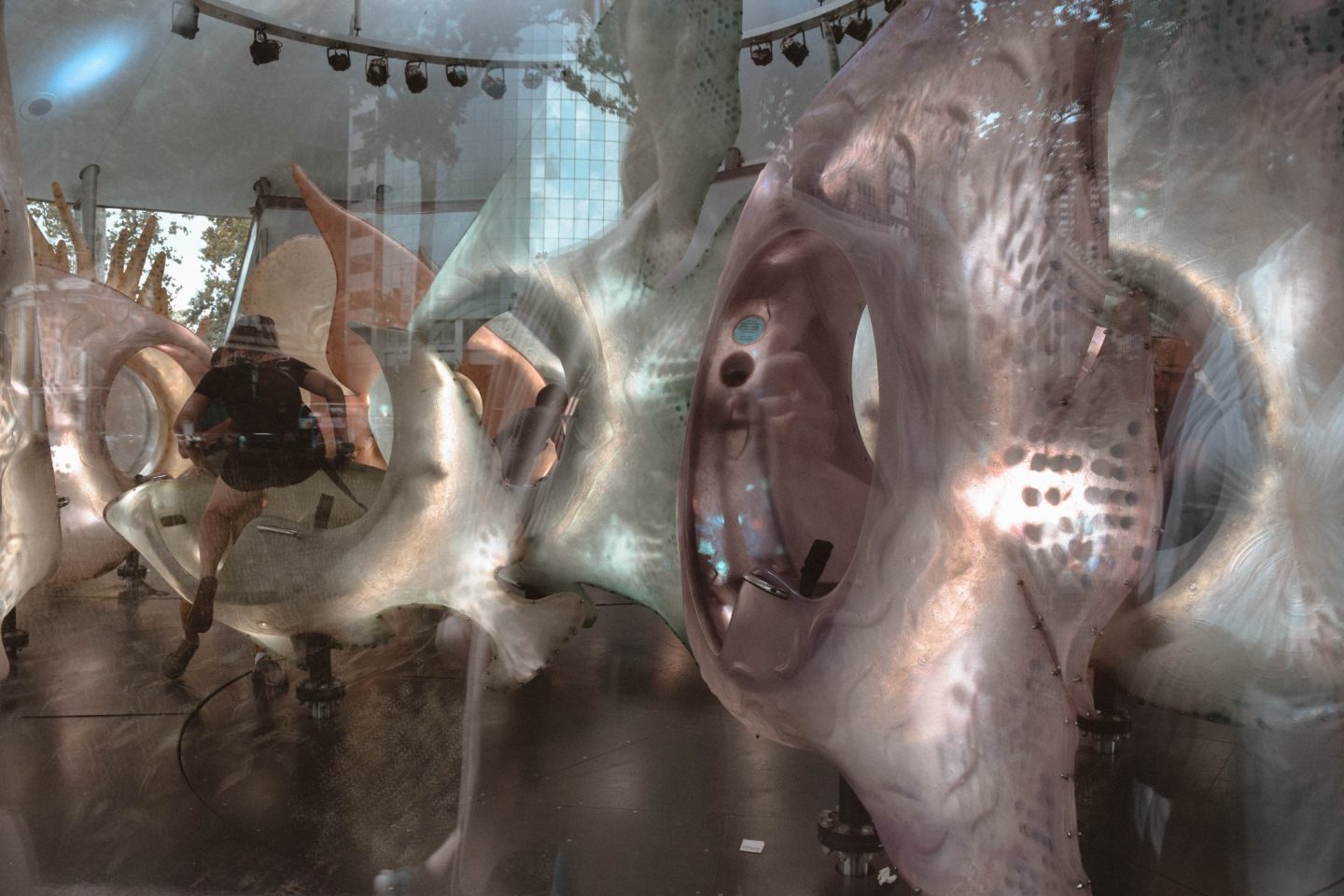 Along the same lines of food – there are always new cafes and coffee shops popping up all over the city. One of my favourite places that we’d stopped to eat was in the Upper West Side of New York City, I was able to see an old neighbor of mine at a little place called Bluestone Lane. This was a new place – literally had opened that day for full meal service – and really quite good. The decor was charming, and the food was fantastic, as were their cocktails. 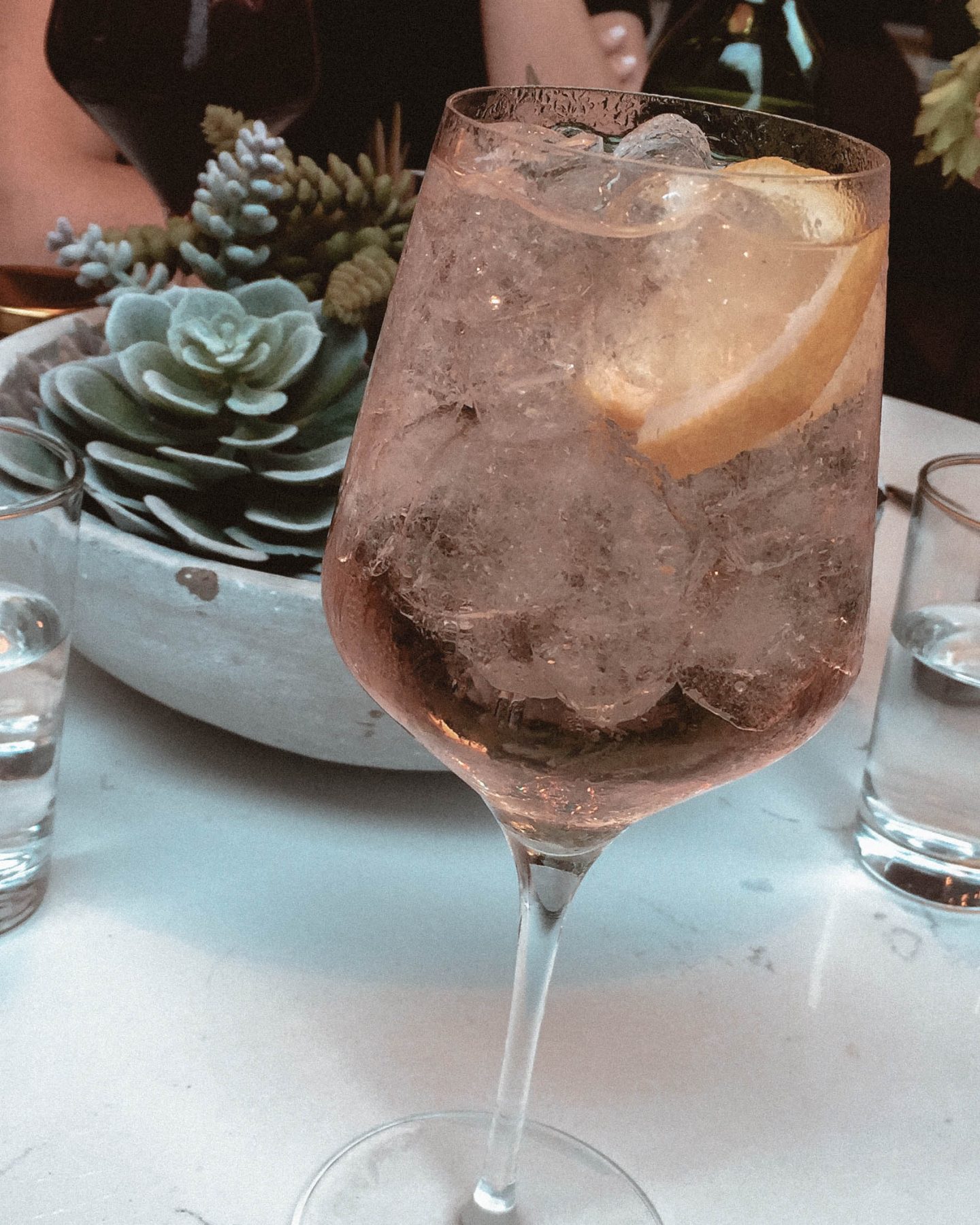 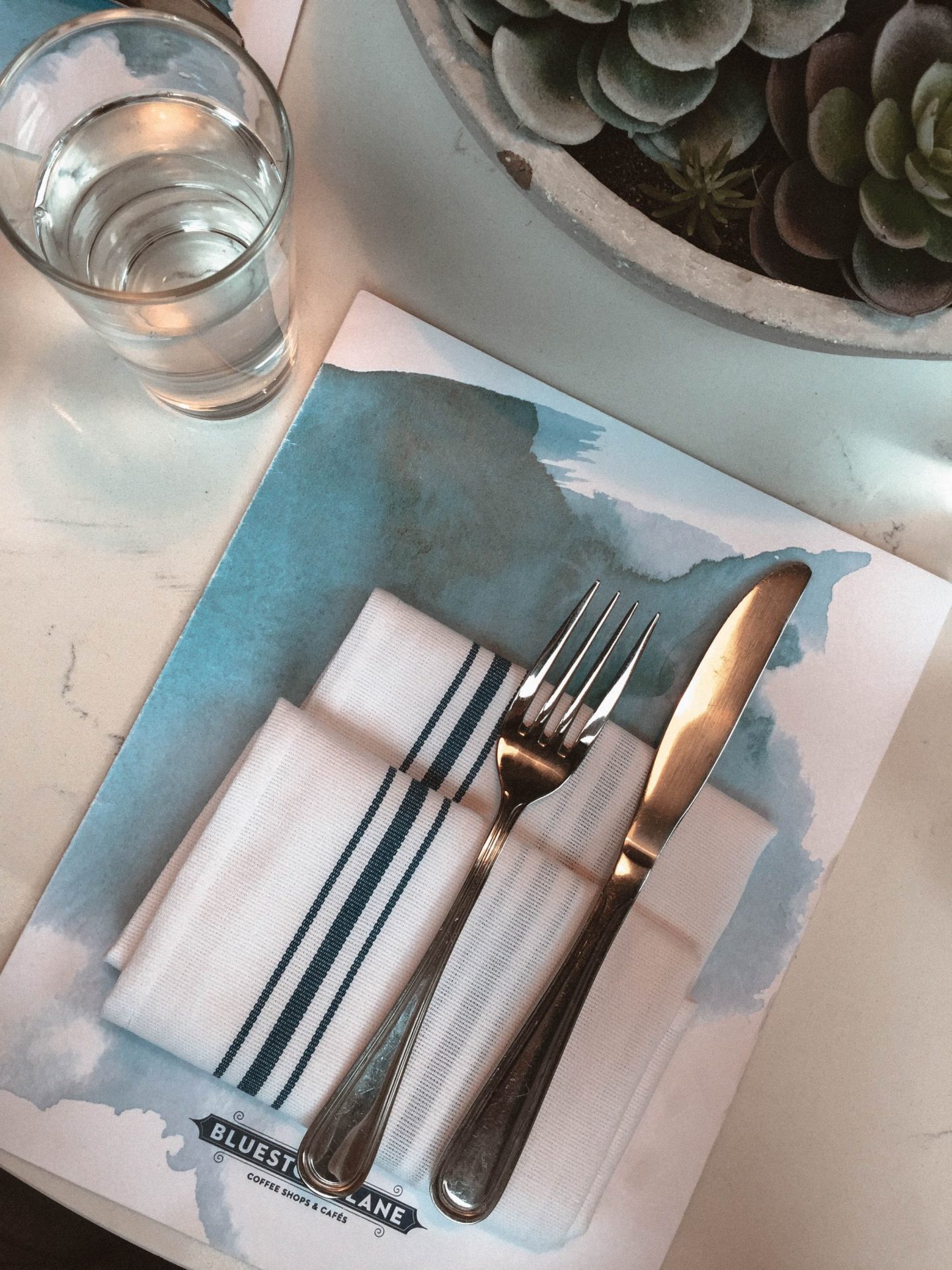 In the evenings, we opted for Broadway shows – and they did not disappoint. Before each show, we’d go for a quick bite and a cheeky gin cocktail (or two). This was my first time seeing The Book of Mormon and Chicago in a live theatre setting. The theatres reminded me a lot of the London theatre district – small, with barely a lobby, and many a winding staircase. The music was probably my favourite aspects of both shows, as I’m the type to have songs in my head for months after I’ve seen the show. Out of the two, I think The Book of Mormon may have been my favourite. It was a hysterical comedy, that was a bit risque in terms of humour, but would have you crying in laughter by the end of the show. 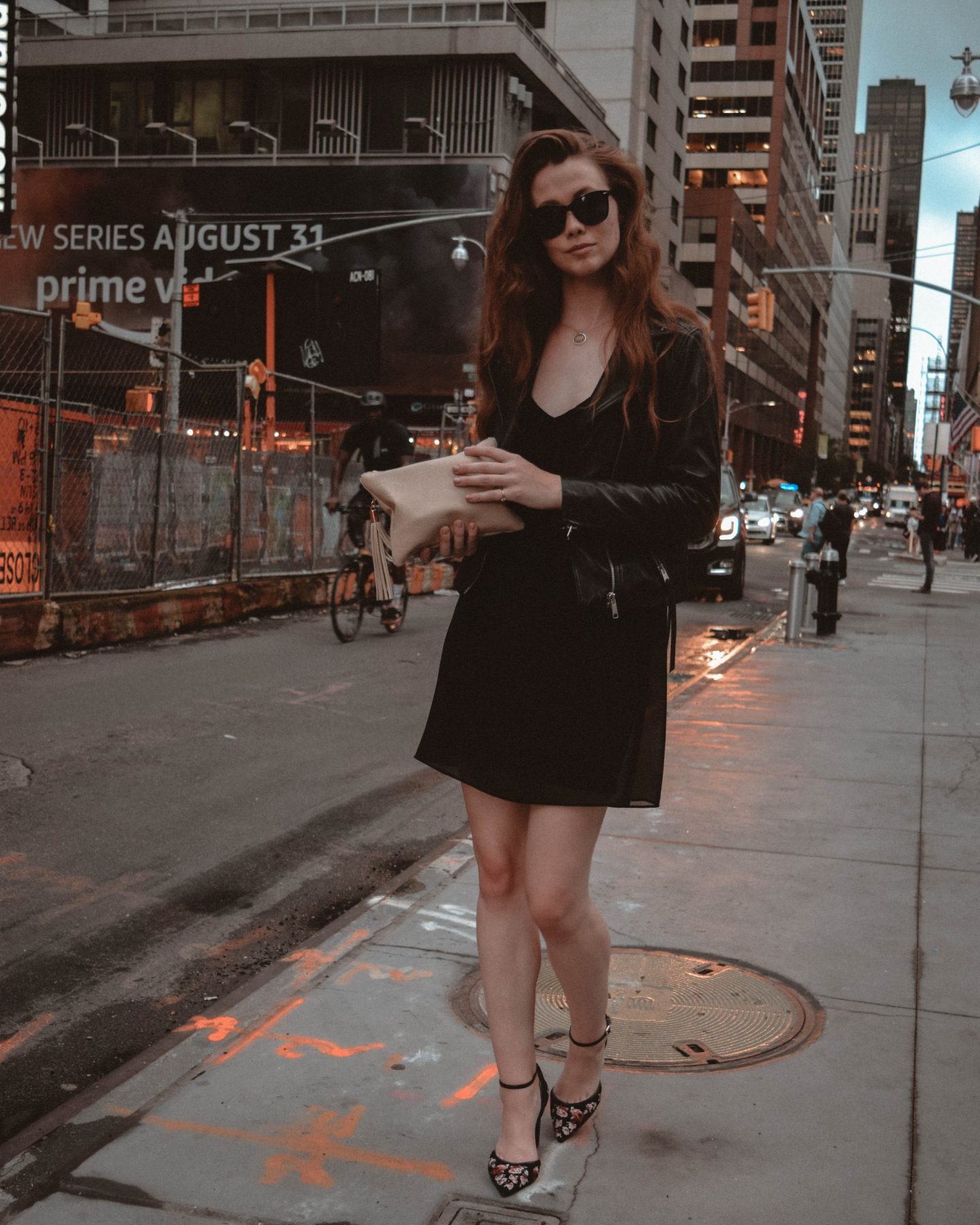 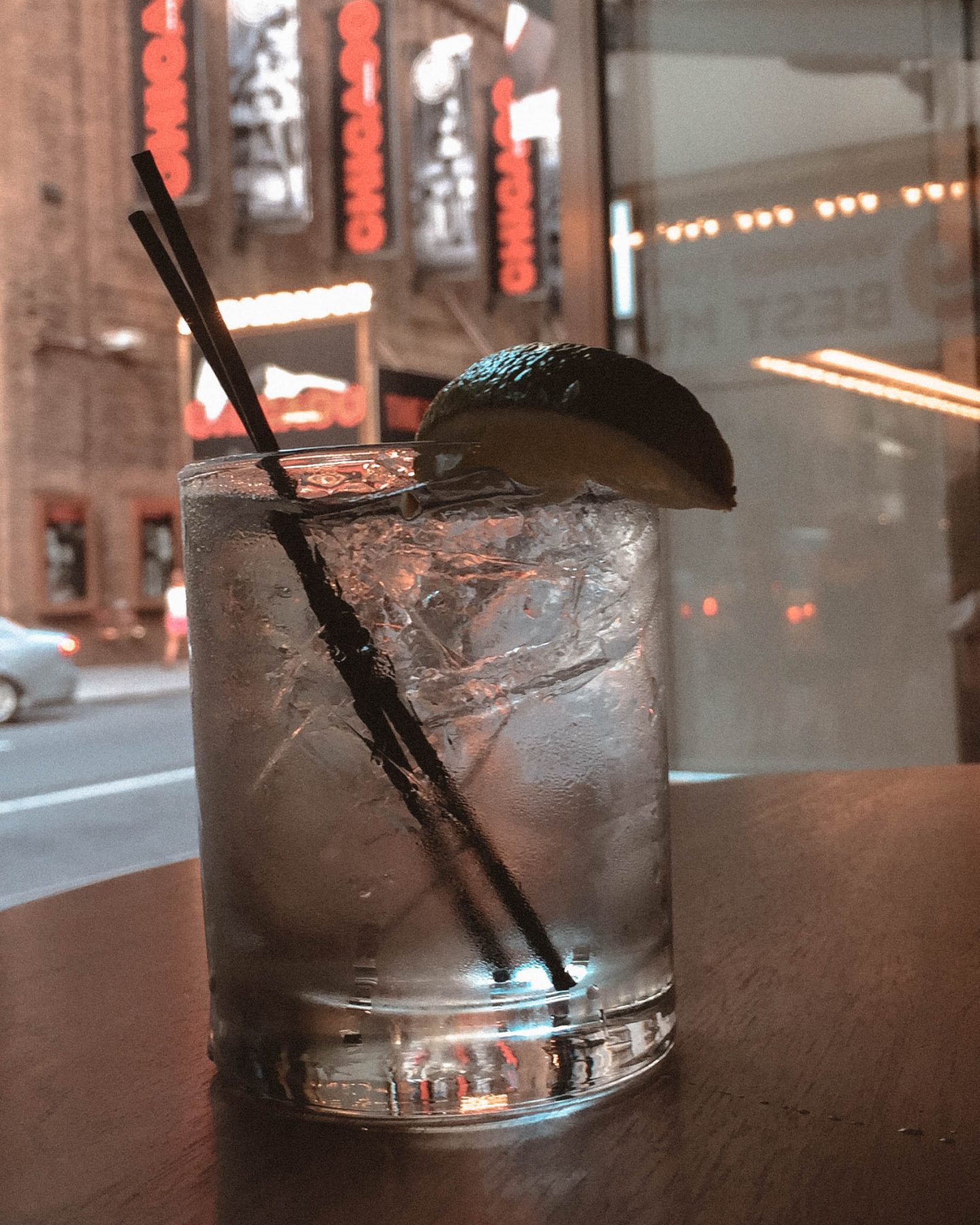 Fashion and the Catholic Imagination at the MET

Lastly, what may have been my absolute, without-a-doubt, hands-down favourite part about the entire trip – The Met. The piece that made this iconic stop such a stand-out part of the trip was the Met Gala Fashion Exhibition, Heavenly Bodies: Fashion and the Catholic Imagination. If any of you are glued to Vogue or similar magazines around the time that the Met Gala comes around each year to see what (and who) walked the red carpet, you would love this exhibition. Featuring designers like Dolce & Gabbana, Versace and Dior – there were haute couture installations to priestly vestments (which, have never been on display outside of the Vatican previous to this exhibit), alongside artifacts and sculpture fitting the theme for those who maybe aren’t as keen on the clothing and jewels. Each room was breathtaking, but my favourite pieces had to be the floral Alexander McQueen body armour and the evening ensemble from Dior. 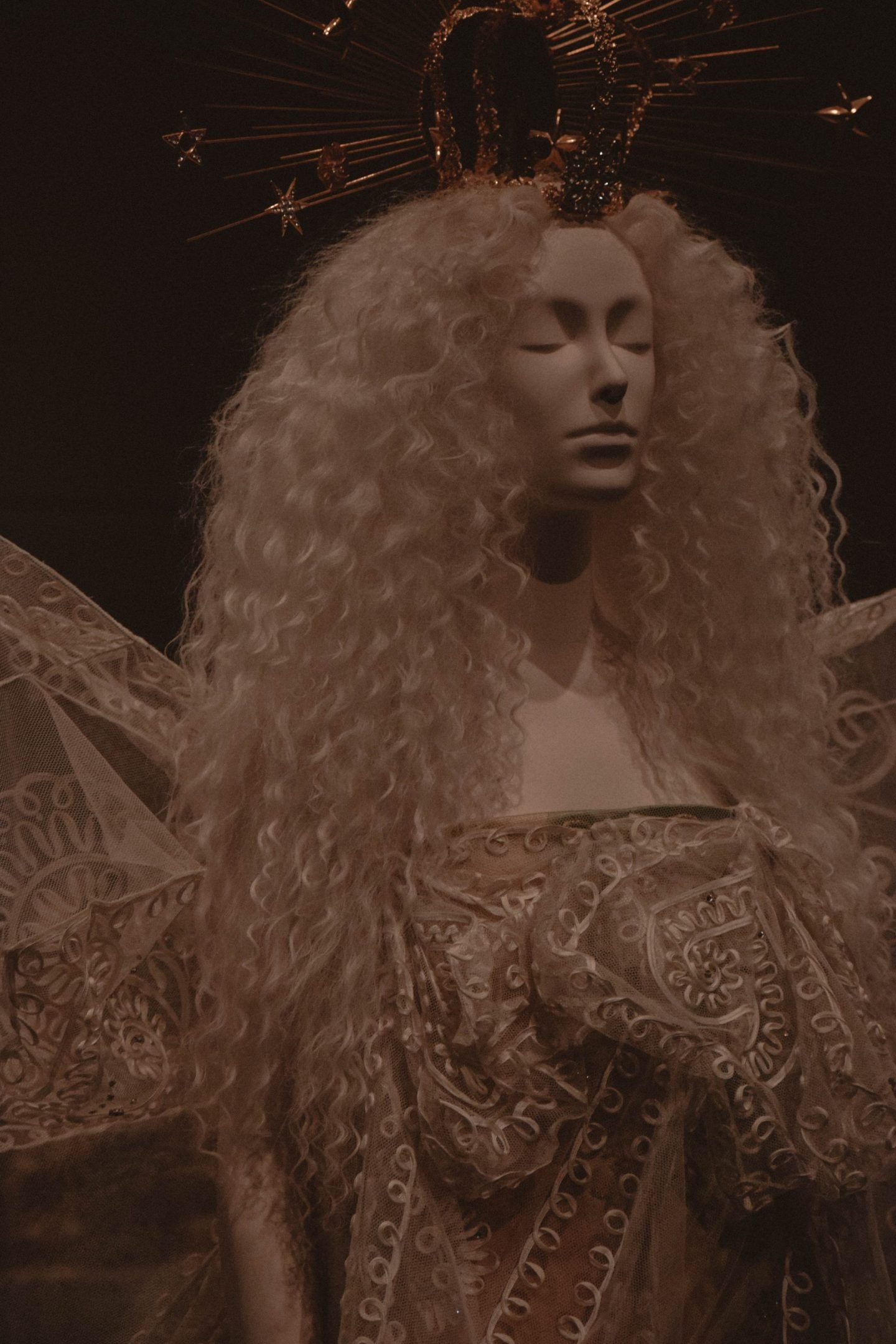 Have you ever been to New York City? What are some recommendations that you have if you’ve previously been? I’m definitely keen on going back – but I think autumn will be my next season to visit (the NYC summer heat was insane). Let me know in the comments! Until next, xoxo. 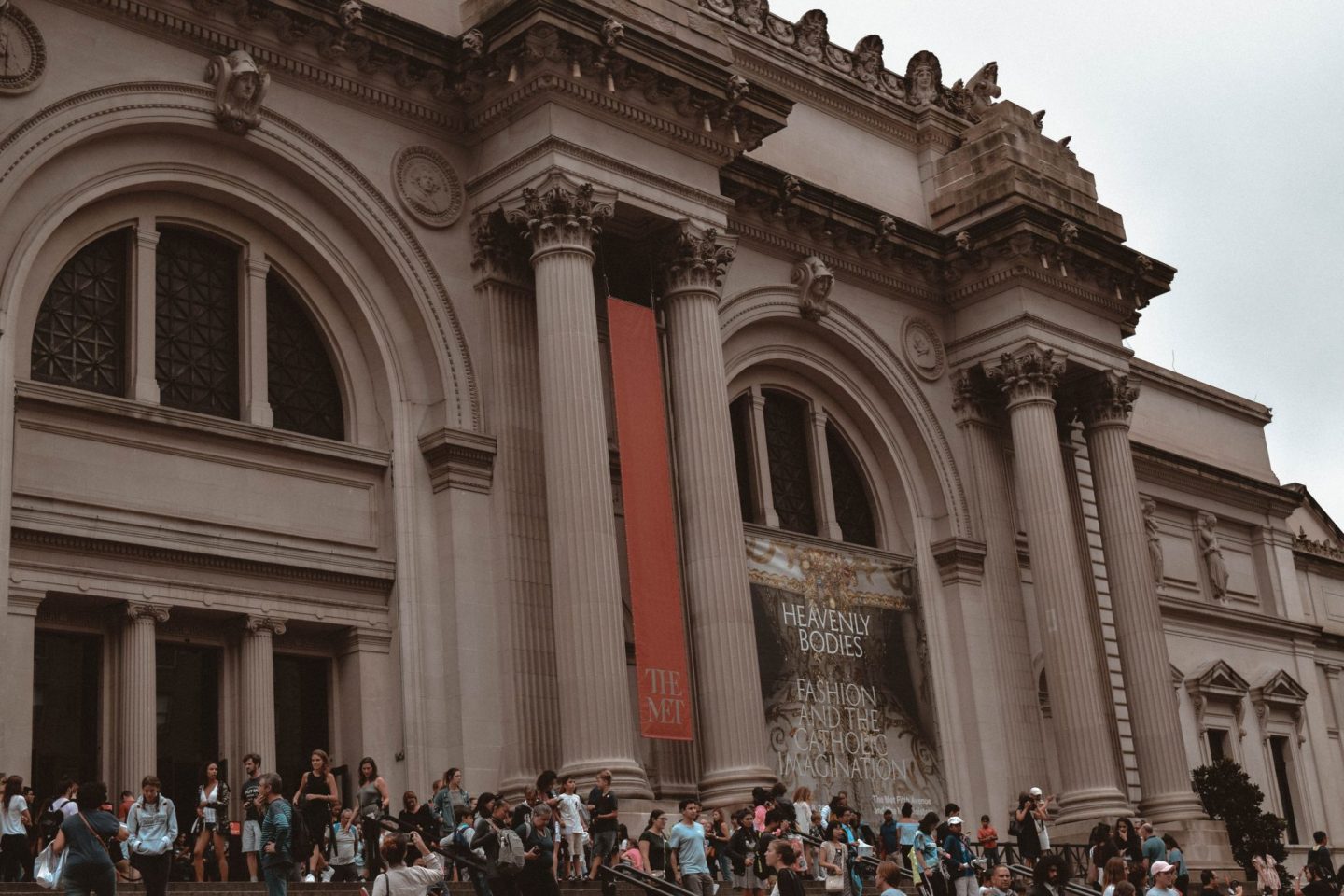 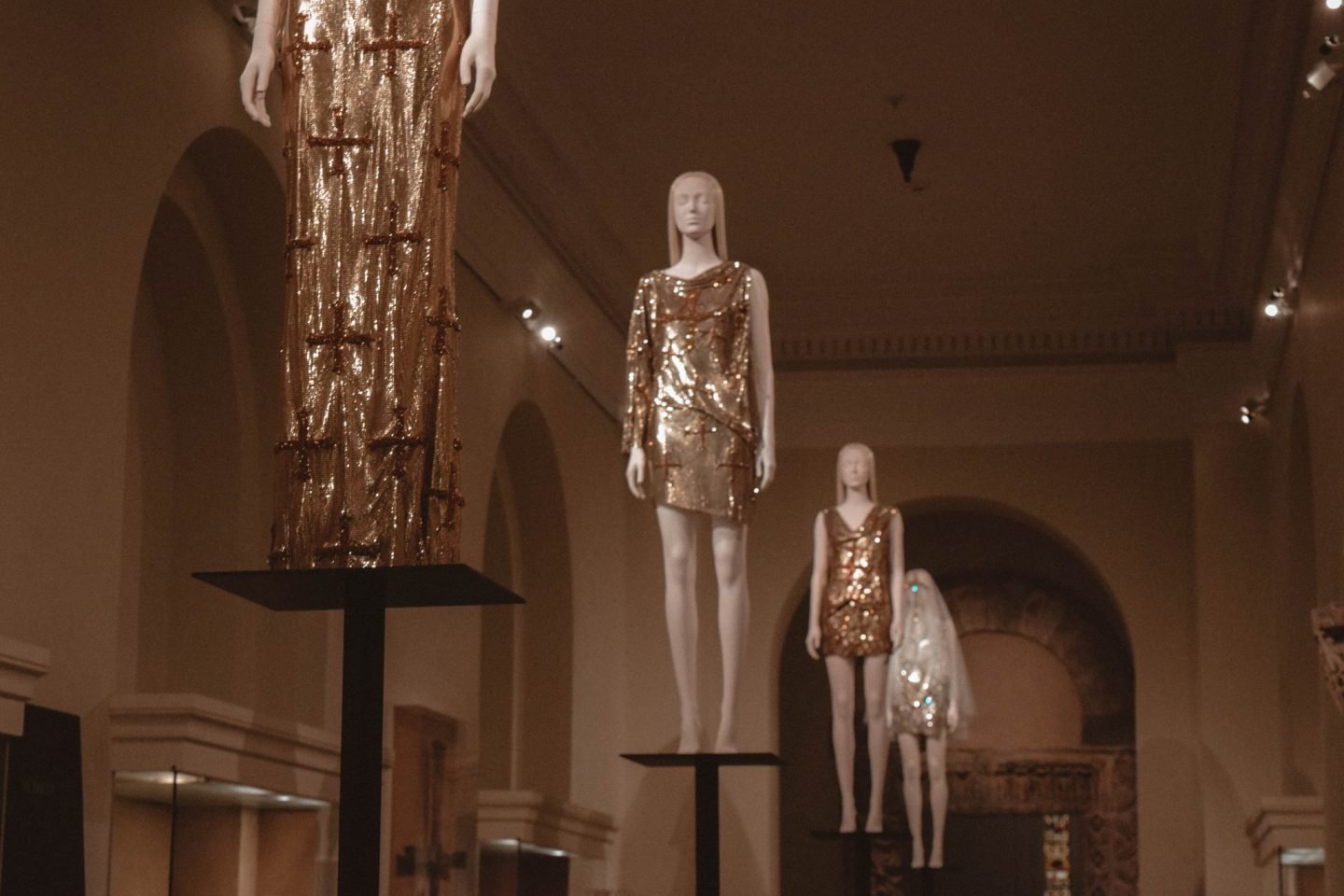