This is the first year in quite some time that I haven’t been able to attend the Indianapolis 500. Granted, I’m missing it for a good reason – after all, I graduated from University this weekend. If you’ve ever been to the Indianapolis 500, you’ll know, it’s one of the greatest spectacles in racing. There’s nothing quite like getting to experience it firsthand. From Carb Day to Race Day, the entire weekend (and the entire city) are jammed full of exciting events for every age group.

I’ll start by saying this – I come from a racing family. Sort of. None of us have ever actually raced in cars, but my family history at the Indianapolis Motor Speedway is long-standing. My father’s side of the family have worked at the track for a combined total of over 100+ years. They’ve met the drivers, given the tours, kept the race day crowds safe – and have been privileged to experience the thrill and excitement of the Indianapolis 500 for many years. Speaking with my father the other night, he told me that my grandfather actually started at the track as it reopened after World War II. He had seen a complete evolution of racing in the fifty years that he was an employee. 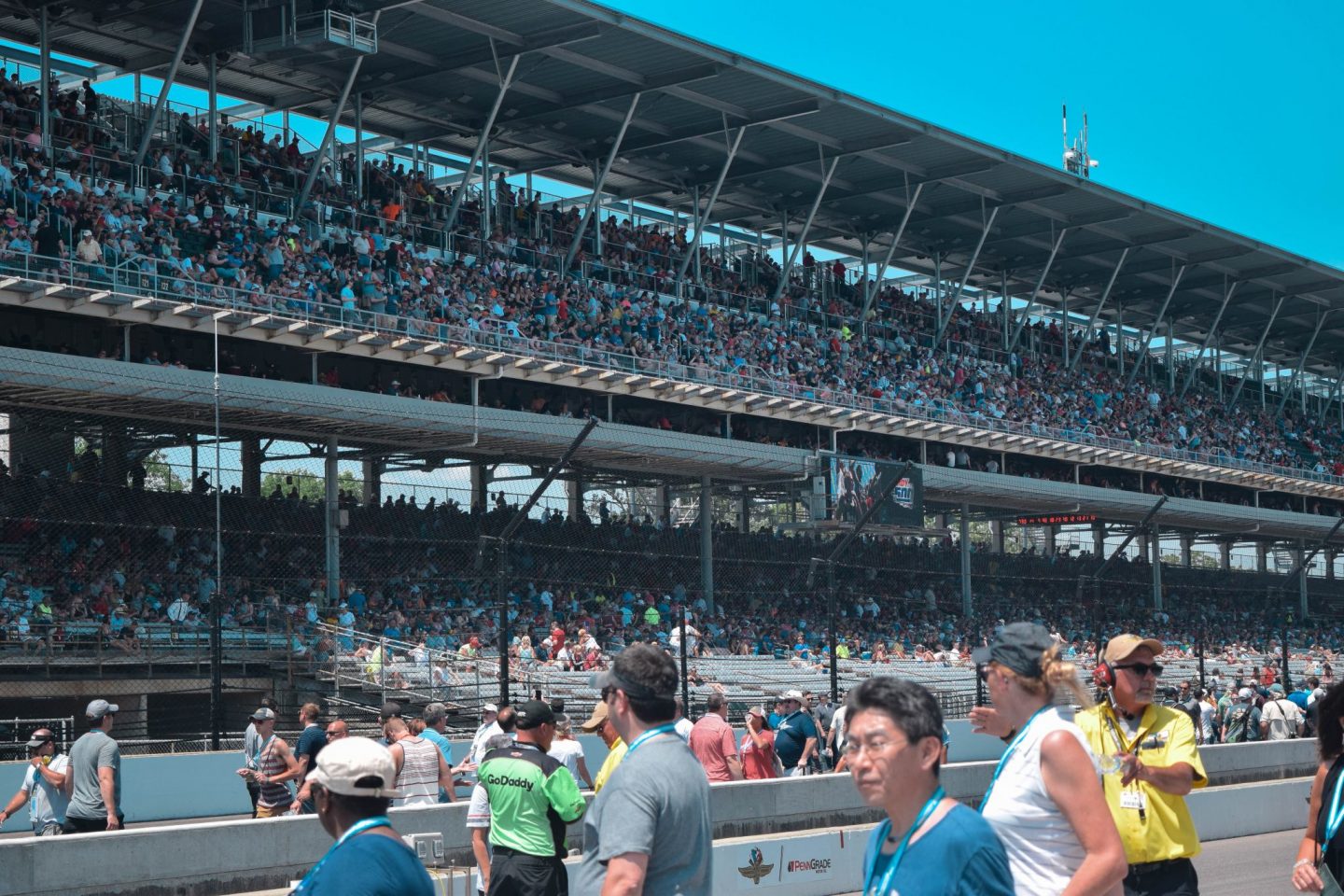 AN INDIANAPOLIS 500 FAN FROM THE BEGINNING

I think I would be more surprised if I wasn’t a racing fan at this point. I remember my first 500 like it was yesterday. My mum and dad brought me to the qualifying runs shortly before race day, and I had my fingers jammed in my ears because I couldn’t handle the noise. Dan Wheldon won that year. My dad had picked him to win from the lineup. I remember the noise being deafening when he crossed the yard of bricks on the checkered flag. Queue jamming my fingers back in my ears. Things have definitely changed since then – we now sit closer to the track in turn two and headphones are nowhere near in sight. 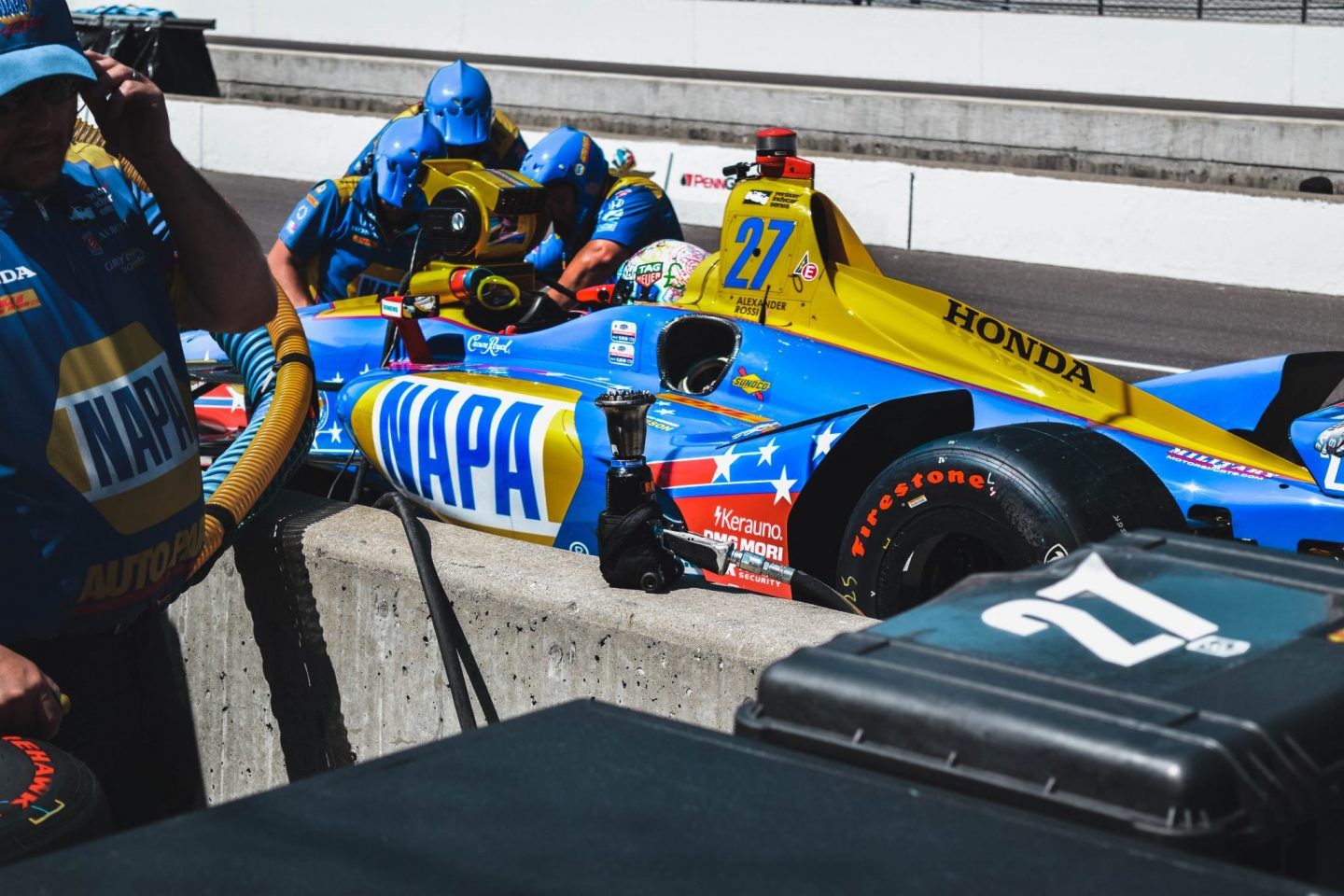 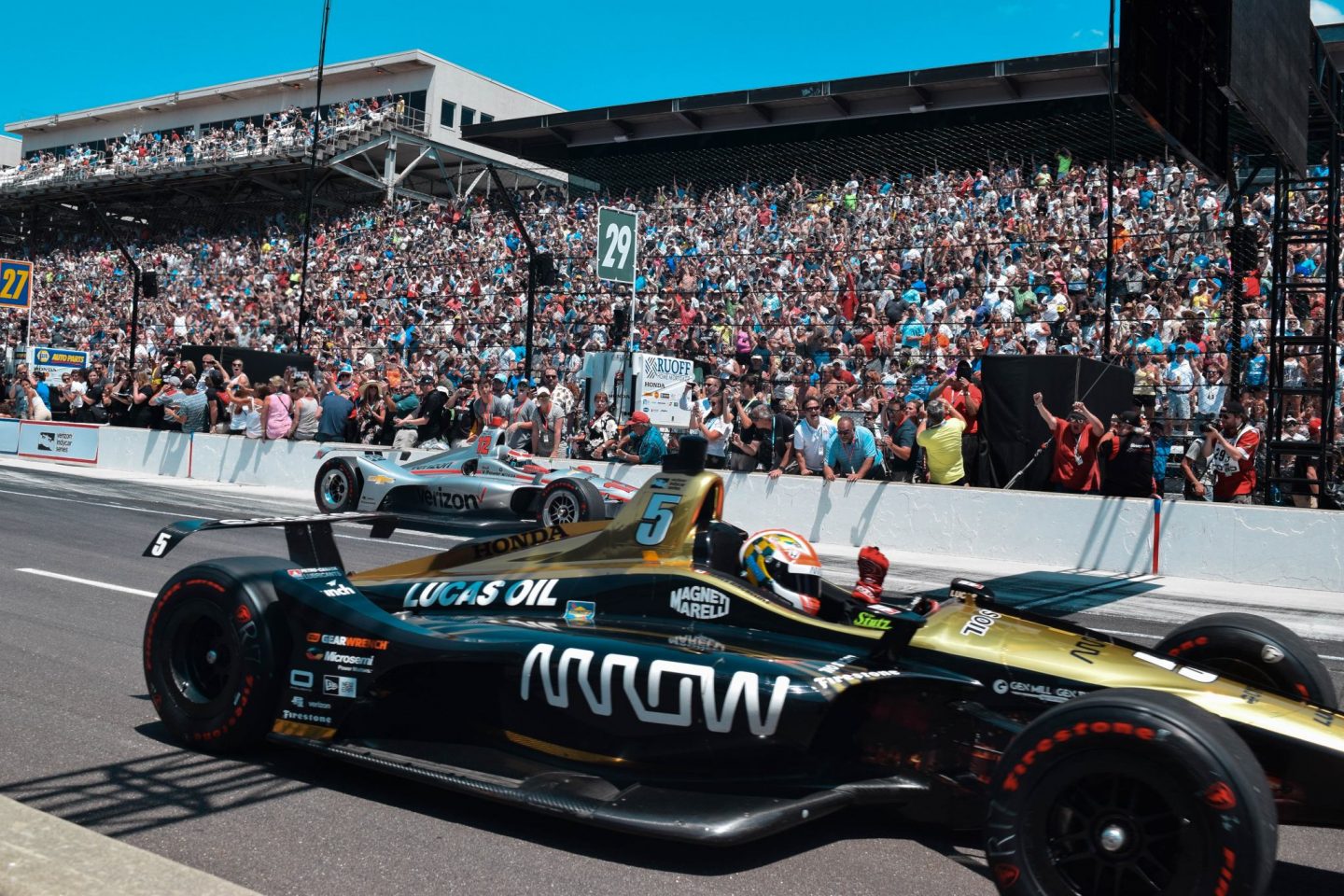 The 100th Running of the Indianapolis 500 may just be my most favourite race that I’ve ever been to. Race weekend began with Carburetion Day – Carb Day if you want some racing lingo. The pit races were intense. The track was hot and seeing Journey live in concert was a next-level experience. People were singing and dancing, the music was incredible and I felt as though I was on cloud nine. I was lucky enough to meet racing legend Bobby Rahal that year, as well as his son, Graham Rahal and another favourite driver of mine, Stefan Wilson. What a dream that was. 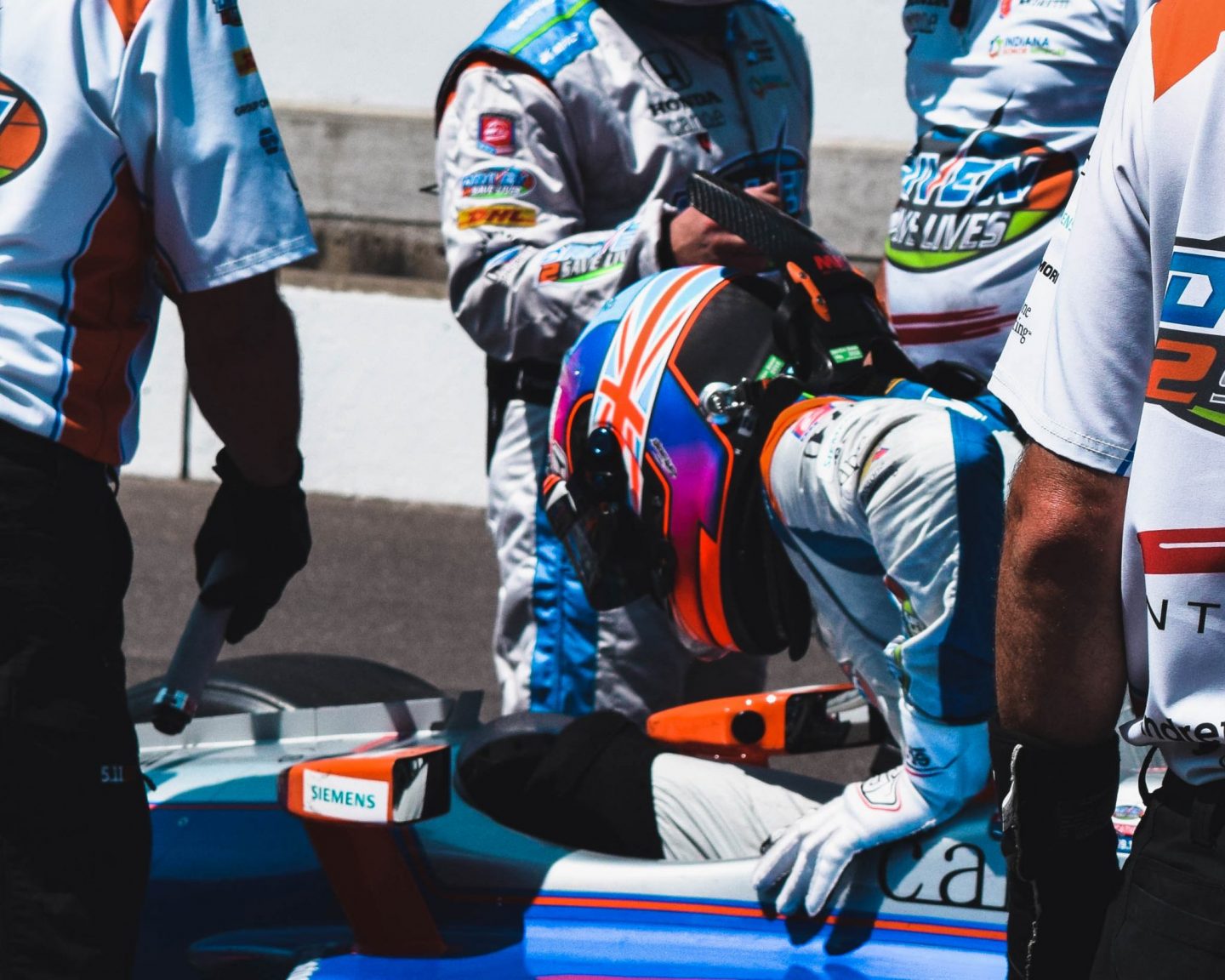 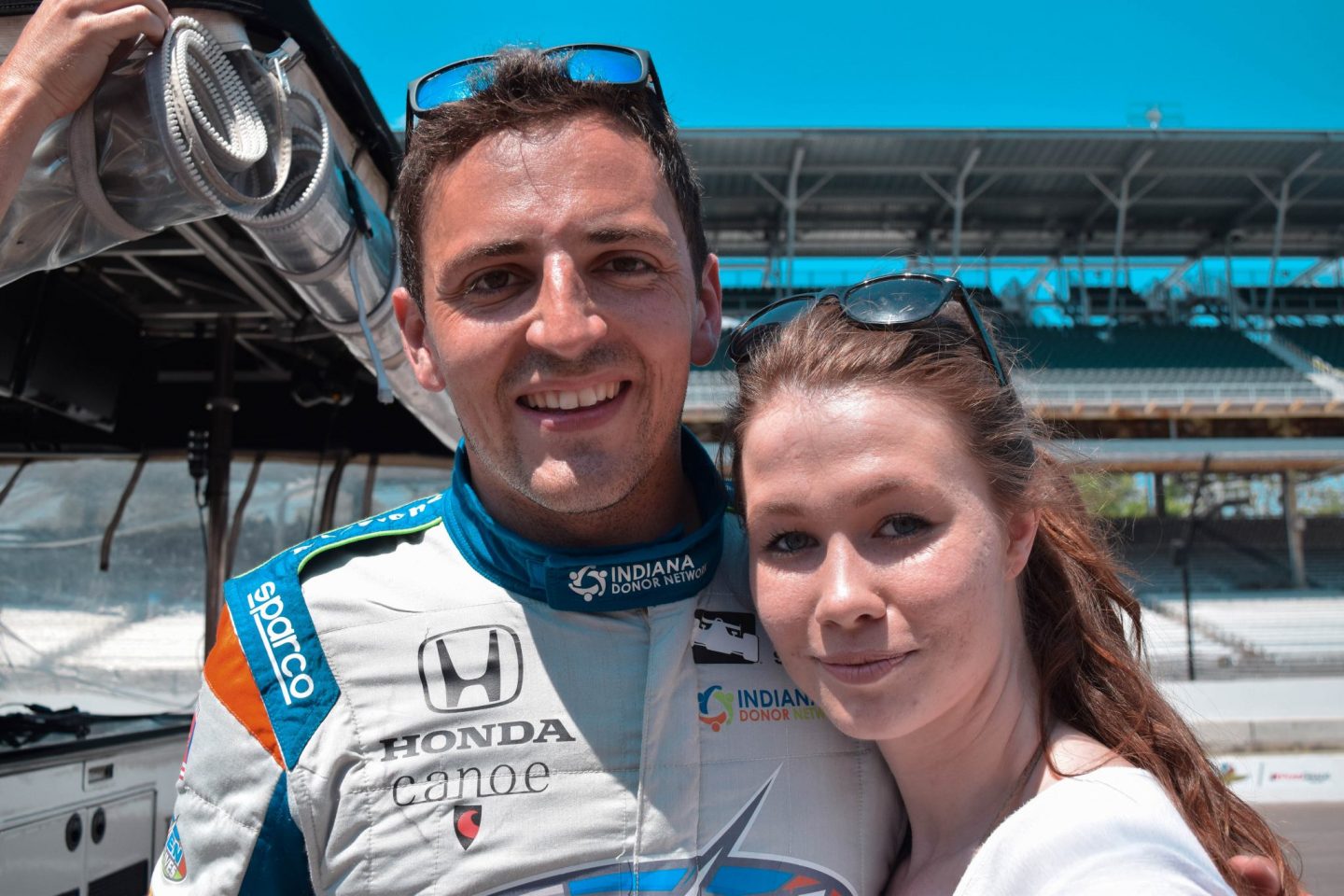 With events like the Indy 500, it’s hard to pinpoint exactly what the best part of the weekend is. Some attend the race for the crashes, others like the bold, ambitious driving of those like Alexander Rossi or Simon Pagenaud – who, took home the victory in this year’s 103rd running of the Indianapolis 500.

As someone who admittedly doesn’t know much about cars – other than knowing that I love the growling sound of an IndyCar engine and the thrilling speed of these machines – I can honestly say that this is an event that I find myself most looking forward to every year. It’s like entering a whole new world. The gear-heads take over and lead the day, the strategies are planned and executed, some cars stay in one piece and others crumble to bits.

Even if you’re like me, someone who couldn’t tell you by looking at a car what number of cylinders it has in its engine or what the 0-60mph speed is, you still might find yourself on the edge of your seat cheering on the underdog in the final laps. You’ll find yourself with tears in your eyes during God Bless America. You’ll even find yourself with a grin wider than the Grand Canyon when the winner of the race steps into Victory Lane and takes his first sip of milk.

Congratulations to this year’s Indianapolis 500 winner, Simon Pagenaud! Well driven and well deserved. I’m looking forward to being back again for the race in 2020. Speedway, Indiana – see you next year! 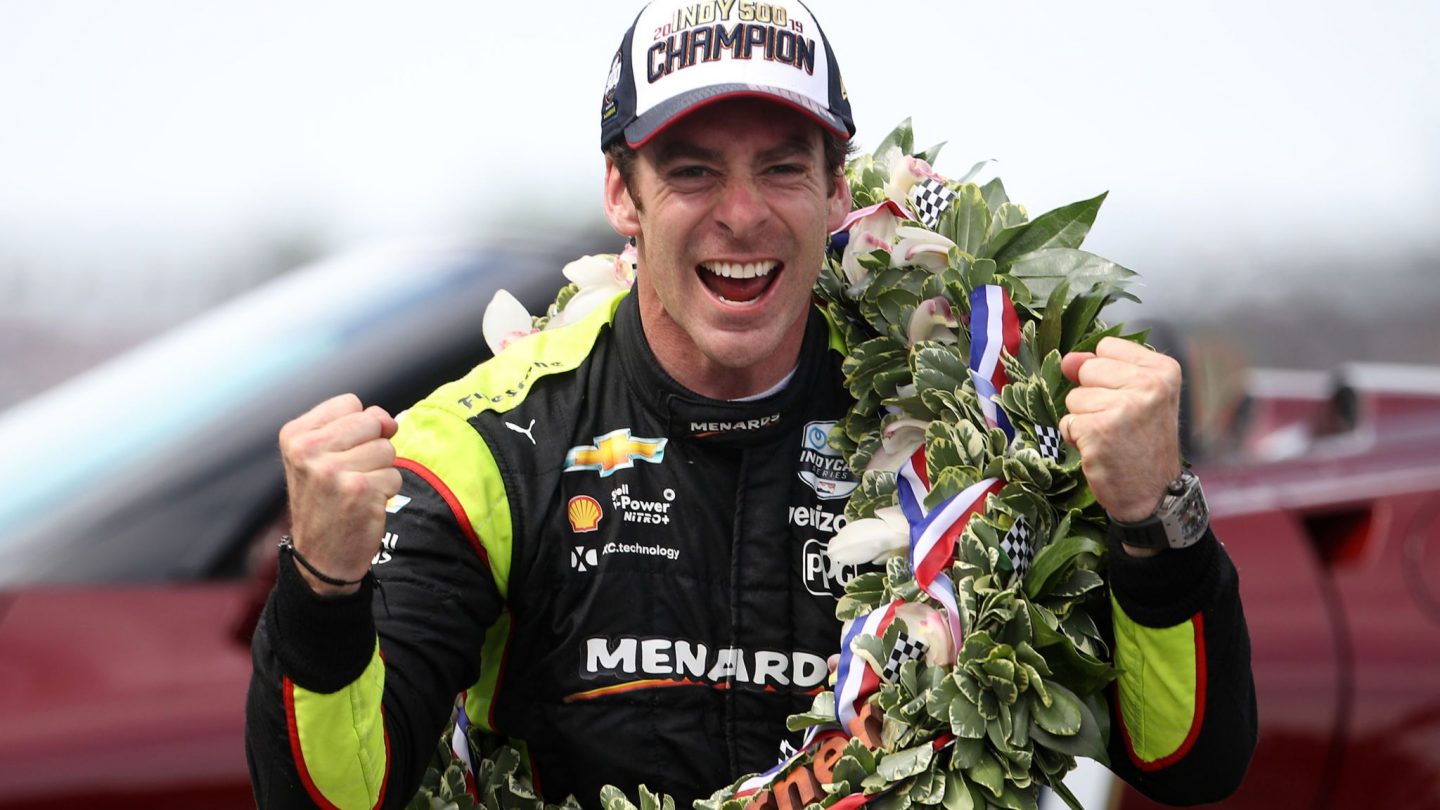