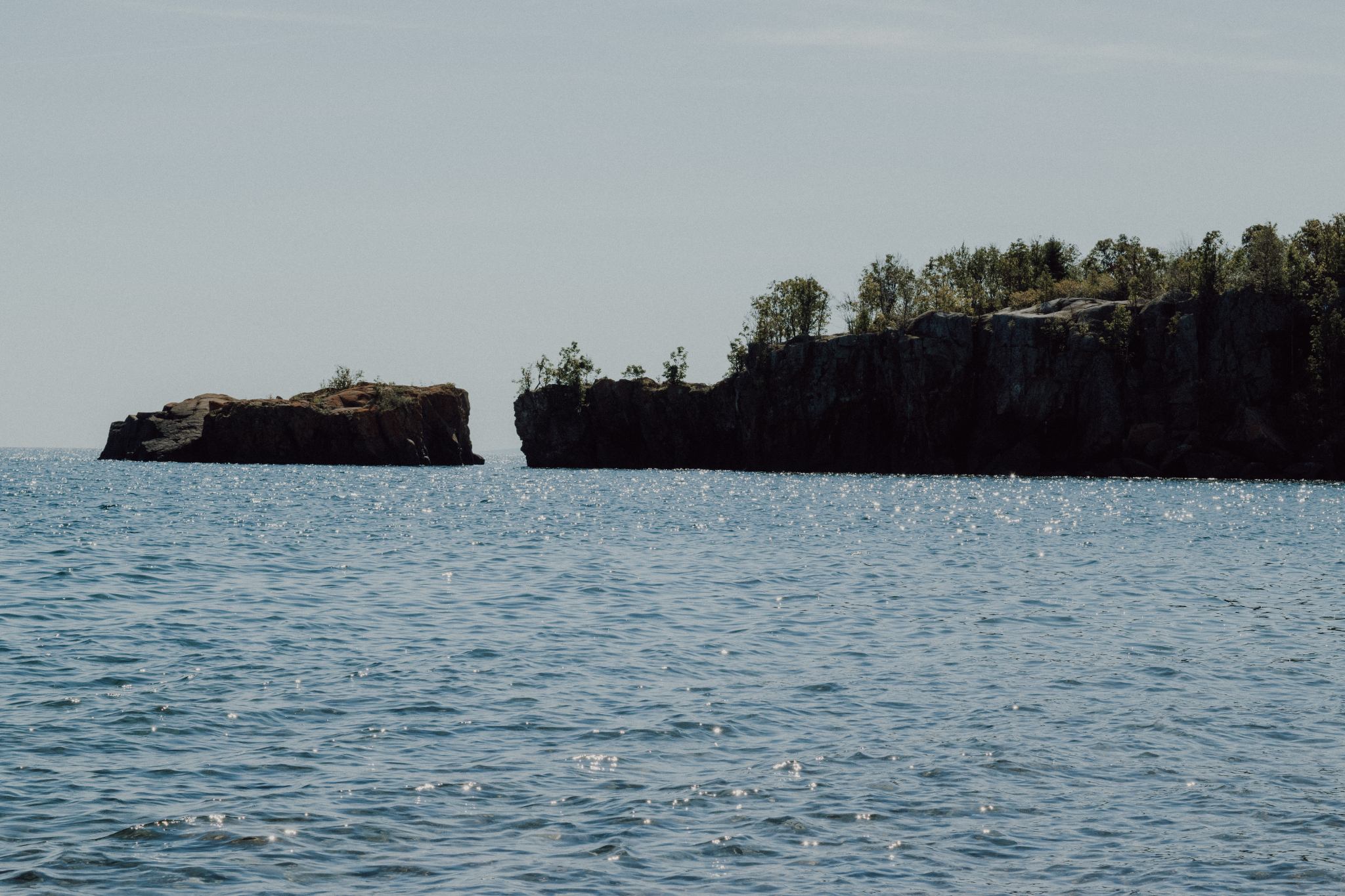 It’ll only take about an hour of knowing me to figure that one out.

In September, my family and I took our annual trip up to the North Shore of Lake Superior for some hiking and a look at the fall colours. None of us had yet been to Black Beach Park – home to one of Minnesota’s only black beaches, very unique to the northern Minnesota area. Which, if you didn’t know – before the glaciers moved through, was a highly volcanic area.

Basalt, the hard, black rock typically seen in previously volcanic or currently active volcanic regions is abundant here – and it’s what actually creates the ‘black sand’. A lot of people recognise Iceland, Hawaii or Greece’s black sand beaches – and many don’t know that Minnesota has a few right in our backyard!

One thing that my family and I always aim to do each time we’re on the North Shore of Lake Superior, is to try at least one new thing. Ask anyone that knows me, and I’m always the first to hunt down something to do with traces of volcanic activity. I knew that the Great Lakes region, specifically Lake Superior in Northern Minnesota, was a previously volcanic area – the only question that remained was if there were still any black sand beaches left.

Good news – the answer was yes!

If you drive north up Highway 61, straight out of Two Harbors, you’ll hit Black Beach Park once you arrive in Silver Bay. Roughly about a thirty minute drive (28 miles for my non-Minnesotan travelers), it’ll be on your right as you head north. Fair warning – it won’t look like what you see in these pictures straight away – in fact, it’s actually part of an RV/Camper camp site.

Once you arrive, you’ll be able to head down the trail to the beach – it’s a little bit of a walk from the car park, but trust me, it’s worth it.

Have you ever been?